The former DA leader has come under fire for the perception she may be trying to lessen what could be an act of racism. 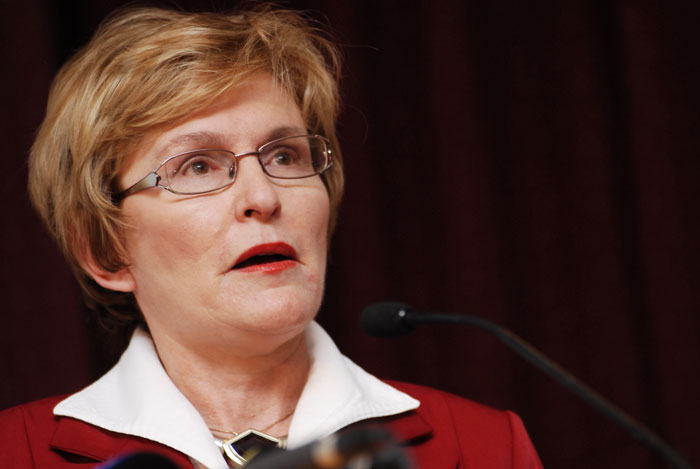 Western Cape premier Helen Zille has come under fire for apparently trying to leave room for doubt over a bakkie driver who allegedly locked a black woman in a cage on the back of his Isuzu bakkie.

This after a picture emerged of a black woman locked in a cage and transported on the bakkie on Thursday. Zille suggested that we need to first get our facts, also saying  “I have learnt to ask questions in this era of #fakenews to generate outrage”.

The reference to “racism receipts” is a play on someone who always wants incontrovertible proof of racism before pronouncing on it.

Twitter user Tshepo also responded to Zille’s tweet by saying: “oh Helen. It does not matter what happened, transporting a person in a cage is inhumane. That’s a fact.”

“I agree, and I am not looking for excuses. I want to get details,” Zille said in response.

Zille later said the owner of the bakkie had been traced and “facts appear very serious”. She also said that police were “onto it”.

“Re the person caged in a bakkie. Owner has been traced. Emerging facts appear very serious. Police onto it.”

It’s not yet clear where the incident took place, but the bakkie has an Eastern Cape number plate. EWN has reported that they had made contact with the farmer, who reportedly told them that the woman had “asked” to be put in the cage on the back of the bakkie. However, they did not reveal the name of the farmer or why the woman would have asked for such a thing.

The incident has caused an outcry on social media, with some calling for the arrest of the driver. DA MPL Makashule Gana also shared the picture, asking if the driver of the bakkie had been found.

Apparently the driver of the bakkie said the woman asked to be seated in the cage when he gave her a lift…..really? Smh

So the cage means what to the white community?Do u also drive around in ur bakkie with a black person in a cage?Is this why it seems normal? https://t.co/dZ3HkfgGZv

Oh now they are serious. Wen it's blacks u seek verification first but whites you condemn first

What other facts need to emerge,more serious than being placed in a cage and being paraded?

WATCH: 10 things you need to know about new Ford Ranger
5 days ago
5 days ago

WATCH: 10 things you need to know about new Ford Ranger
5 days ago
5 days ago