This after the ombud allegedly recommended that Health MEC, Qedani Mahlangu, be fired for her role in the deaths of 71 psychiatric patients. 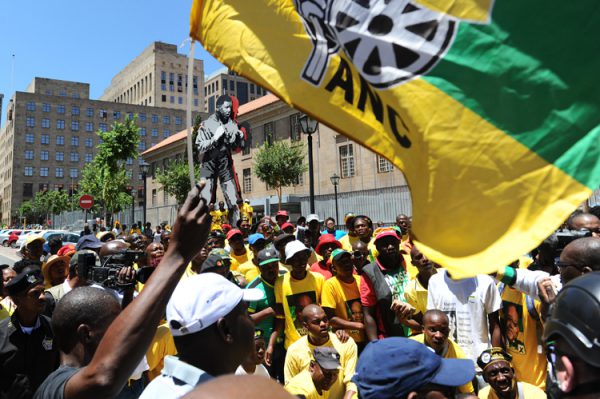 As pressure continues to mount for Gauteng health MEC Qedani Mahlangu to be fired following the deaths of more than 35 psychiatric patients, the ANC in the province says it is eagerly awaiting the health ombudsman’s report to map the way forward.

This follows reports that health ombudsman professor Malegapuru Makgoba has recommended that Gauteng Premier, David Makhura, must consider the suitability of Mahlangu to continue in her current role as MEC for health.

Health Minister Aaron Motsoaledi has asked the health ombudsman to investigate the deaths.

The patients were transferred to NGOs after the cancellation of the government contract with Life Esidimeni.

ANC Gauteng spokesperson Nkenke Kekana said on Tuesday that the party was looking forward to seeing the report.

“Regardless of the ombudsman report, one death is too many,” Kekana said.

He said the party was concerned about some of its deployees in government.

“There are a number of issues we are concerned about,” he said.

DA Gauteng shadow health MEC Jack Bloom said it was abundantly clear from the start that the health MEC had bungled the transfer of patients which led to avoidable deaths.

“She should have resigned or been fired long ago for her inexcusable neglect,” Bloom said.

“I await the full details that will be revealed on Wednesday by the health ombudsman, following which suitable action should be taken against all the implicated parties.”

Meanwhile, the ANC in the province is to hold its lekgotla in Johannesburg this weekend.

The lekgotla is expected to deliberate on the state of the ruling party and get a report on governance, among other things.

Kekana said the ANC, which lost powerful metros such as Johannesburg and Tshwane during last year’s local government elections, was concerned about the state of local governance in the province.

“We are disappointed that the alliance of the EFF and DA is neglecting our communities,” said Kekana.

“The instability in Mogale City is also impacting on service delivery. Those that are in power are messing up.”

Mogale City is under the DA.

The new dawn has failed drastically, says EFF on unemployment crisis
13 hours ago
13 hours ago

The new dawn has failed drastically, says EFF on unemployment crisis
13 hours ago
13 hours ago