The Pretoria resident says he's now traumatised after a white secessionist party republished his comments, for which they have 'immense respect'. 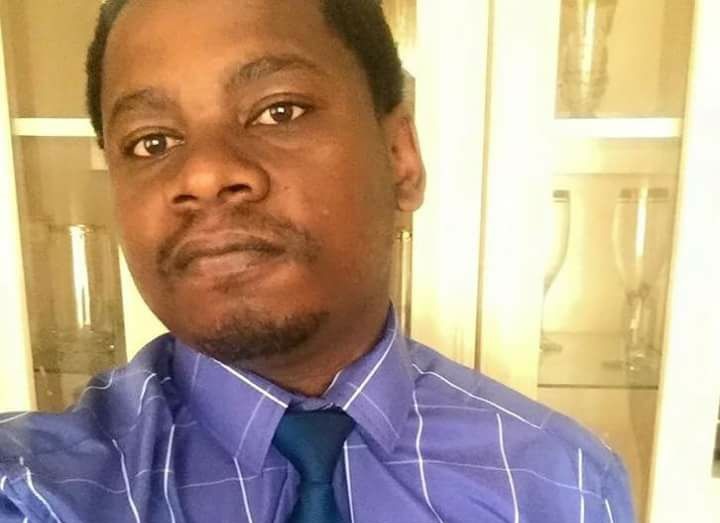 IT worker Sam Morifi received adulation from white minority party Front National after he claimed that wherever one finds fewer black people, one also finds less crime. He said he had never had his belongings taken from him in a robbery by a white person, and we need to “stop being so politically correct and admit that skin color in third world countries counts”.

The post was titled as a prayer to God to “help black South Africans to see the truth”.

He wrote: “Where there are less blacks, there is less crime. If you’re a South African, you know deep down this is true.

“Our country is beautiful, but it is polluted by these smelly, illiterate, disgusting street thugs.”

Morifi added that “skin colour counts a lot”. The man wrote that there “must be a logical reason behind” that “you go to South African jails and you mostly see blacks”, and for him, it has nothing to do with the population size of black people in the country. He says all white South Africans want is to be safe, because they are a minority.

“There is an exclusive beach town in the Western Cape where only residents are allowed. 80% of the residents just happen to be white. The South African government call it discrimination, well I beg to differ. Whites are minorities in South Africa. They just wanna be safe.

“I’ve had racial run-ins with white people in some areas but never once have they laid a hand on me or tried to take my belongings. They would rather become suspicious of me and say some stuff because of my skin color and that’s far as it will go.

“I’ve never had my money or phone taken by a white. Isn’t it time we stop being so politically correct and admit that skin color in 3rd world countries counts? It counts a lot!!!

“You go to South African jails and you mostly see blacks. Why is that? Their population size cannot be a factor. There must be a logical reason behind this. I passed a church earlier tonight, guess what? The doors were locked shut. A place of holiness is scared of robbers. As soon as I can afford to, I’m getting the heck out of this country. I know some will tell me that the United States is worse. But I know of counties in the US that are peaceful. Oh man, i’ve had enough of these people.”

Front National’s Facebook page came across his comments and republished them on their public page. Within hours, there were more than 70 comments and hundreds of Facebook reactions, with most of them along the lines of Morifi being thanked for his stance, along with concern that he might run into trouble for it.

One poster said “give that man a Bell’s!”

Daniël Lötter, the party head of information, added in the comments section that: “Well I for one admit immense respect for a man who values truth and stands for his conviction, no matter what race or colour.”

Morifi was generally considered courageous by the group’s followers, many of whom expressed their admiration for him and how they wished there could be more people like him.

After calling his listed place of employment, the Bytes Technology Group, it emerged Morifi did not in fact work there. He later admitted he’s currently between jobs. He had also listed Accenture as a prior employer.

The Citizen gave Morifi a call to ascertain if he was indeed the author and had really meant what he wrote.

His first words were: “I apologise. I was just emotional.” He then explained that his own racist comments were now “traumatising him”, and that he he did not mean any of the things he said.

“I’m traumatised bro, and I apologise,” Morifi said, adding that he had been feeling emotional after being robbed of his iPhone by a group of black men in Pretoria. He said he had advertised the phone on classifieds site Gumtree, and was called by prospective buyers who arranged for him to come and fetch his money. He was instead robbed.

“When I went to the place where the person said we must meet, I rolled down my window [and] they took my phone.”

He told The Citizen that he was shocked to see his words on Front National’s page and did not want to be associated with the party.

A perusal of Morifi’s Facebook page suggests he is an ardent supporter of US President Donald Trump and a long-time Republican fan.

Front National is a political party formed in late 2013 that contested the 2014 national elections. It promotes secession and Afrikaner self-determination. It says it strikes no distinction between English-speaking whites and Afrikaners.