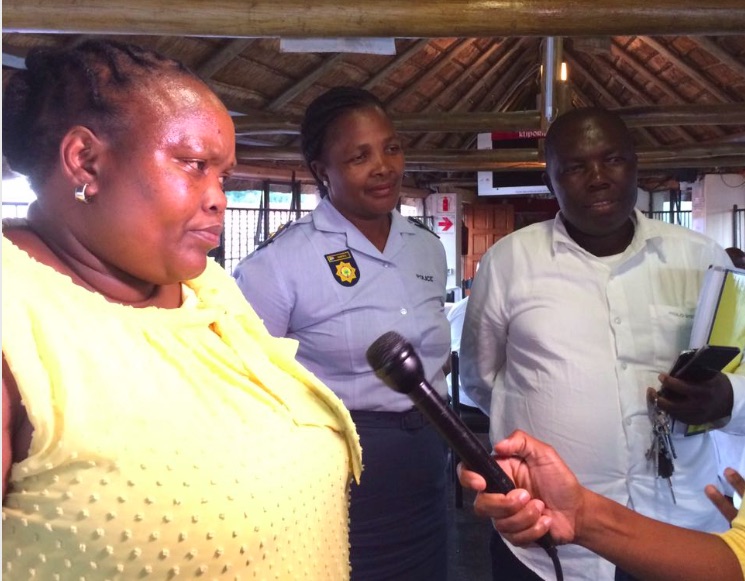 Gauteng community safety MEC Sizakele Nkosi-Malobane has added her voice in condemning the shooting incident that happened at Sakhumzi Restaurant this past weekend, reports Soweto Urban.

Restaurant manager Kwesi Hudson was shot and killed when suspected robbers tried to gain access to the place after it had just closed.

Nkosi-Malobane visited the restaurant where she met with the Hudson family and offered them her support and condolences.

“We send our condolences to the family and to the owner of the restaurant. It is a very sad thing because they were more than colleagues, but they were brothers,” said Nkosi-Malobane.

She urged residents and all those with information to work together with the police in bringing the perpetrators to book.

The MEC said they would make sure that CCTV cameras, which are already in place at restaurants, will be fully utilised moving forward.

The Hudson family is yet to come to terms with the loss of their loved one.

“I have lost a bother and a mentor who was my teacher when I was still in high school in Eastern Cape. What have we done to deserve this,” said Sakhumzi restaurant owner Sakhumzi Maqubela.

Captain Strike Ngubane, investigating officer based at the Orlando Police Station, said the investigation into the case was at an advanced stage.

“We are using information and footage obtained from CCTV cameras, and we have hope that we will be making an arrest soon,” said Ngubane.

The officer has assured the community and tourists that Orlando is still a safe place.

This incident has brought the issue of safety at the popular tourist destination under the spotlight. It has also brought fears that in might dent the local tourism industry.