The DA's Jack Bloom slammed the appointment, saying a 'dynamic' person needed to be appointed to the post. 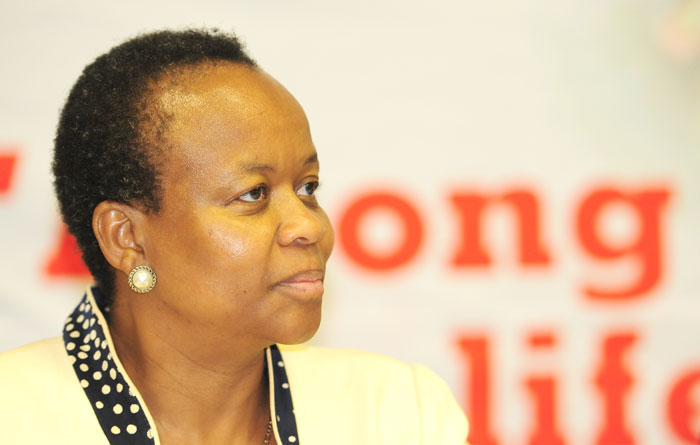 Dr Gwen Ramokgopa, who has taken over as health MEC for Gauteng following the recent resignation of Qedani Mahlangu, is not the right person for the job, according to the Democratic Alliance (DA).

Ramokgopa, who was previously Gauteng’s health MEC, from 1999 to 2006, was handed the position this week by Premier David Makhura.

This followed a shock finding by the health ombudsman, who laid blame on the health department for the deaths of 94 mentally ill patients.

Of the 94, only one person died from a mental-related illness. The rest died due to, among other things, dehydration, diarrhoea, heart attacks and epilepsy.

Ramokgopa was Tshwane mayor from 2006 to 2010. With all that is on the department’s plate, Ramokgopa has a tough task ahead of her.

But DA Gauteng health spokesperson Jack Bloom does not think she is the right person for the position. “She was mediocre when she was previously MEC for health. She renamed one hospital, Dr George Mukhari, after a family friend, after a pretence of public consultation,” Bloom said.

“The department needs someone more dynamic and prepared to do what is best for the province, not the ANC.

“I am not impressed with the return of Dr Ramokgopa as MEC of the Gauteng health department.”

The DA has, meanwhile, laid charges against Mahlangu for culpable homicide and for contraventions of the Mental Health Care Act (MHCA) and the National Health Act (NHA).

“The crime of culpable homicide is defined as the ‘unlawful, negligent killing of another human being’,” said Bloom.

“The ombud’s report in numerous instances describes the conduct of the Gauteng department of health and, by extension, the MEC as negligent.”

There could be “no doubt” that the deaths of the patients “are as a direct consequence of that conduct”, he said.

“The conduct was not in accordance with the NHA, the MHCA and the constitution.

“It is therefore apparent that the MEC, in instructing the termination of the GDoH contract with Life Healthcare Esidimeni, has prima facia met the requirements of culpable homicide.”