The meme on the death of the former rugby player went viral, reaching more than one million people. 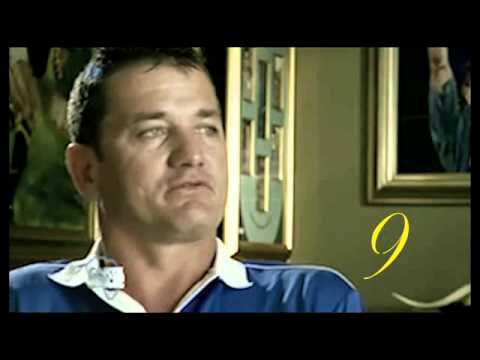 The SA Human Rights Commission will meet the Facebook user who posted a “racist” meme about the death of rugby legend Joost van der Westhuizen.

Commission spokesperson Gushwell Brooks said on Wednesday, the commission had received two complaints about the post and would assess the case to determine if an investigation was necessary, Rekord Centurion reported.

“Part of this assessment is reaching out to the respondent [Lucas], affording him the opportunity to present his version,” Brooks said.

On Monday evening, the Facebooker using the name Riaan Lucas and his friend, Denver Breda (known as Denver Lopez on social media) posted a meme of a smiling Spiderman star Toby Maguire with the caption: “Me, when I hear a white person has died. RIP Joost.”

The meme went viral, reaching more than one million people.

But the commission has had difficulty finding Lucas as his profile appeared to be forged.

Brooks said the respondent had been difficult to track but attempts were still ongoing.

His former employers and schools attended, as listed on his profile, have denied any association.

According to his profile, he was a sales manager at SA Wine Institute, but it appears the company does not exist.

A company whose name closely resembling that of the institute’s, SA Wine Industry Information and Systems, also denied knowing him.

Louisvale Wines Stellenbosch in Cape Town issued a statement on its Facebook page disassociating itself from any comment by Riaan Lucas.

“Furthermore, we confirm that Lucas is not an employee of Louisvale. He assisted with wine tastings in Johannesburg during the period of June to September last year on a casual basis,” read the statement.

“We were unaware of his extreme racist views and reject them unconditionally. We respectfully grieve the loss of the rugby legend, Joost van der Westhuizen, who we recognise as a true hero. We send our heartfelt condolences to his family.”

Michelle Grimbreek of the Cape Wine Academy also issued a statement denying that Lucas was ever an employee at the academy. She however said he had been a student in 2011.

“We, the Cape Wine Academy, are shocked by his racist comments and distance ourselves from his views. We are proud South Africans and strongly condemn racism. RIP Joost.”

Political party, Front National SA’ (FNSA) Daniel Lötter said the party had determined that “Riaan Lucas”was actually Lucas Levine but Rekord has not been able to verify this as his cellphone has been switched off.

SA Wine Industry (Sawis) spokesperson Charles Whitehead distanced his organisation from Lucas saying, though he was once a student, he had never been an employee.

Breda is, according to his Facebook profile, an actor, writer, filmmaker and a Khoisan activist.

He was the first to post the meme with a comment in Afrikaans: “You know I invented memes”.

Ernst Roets of Afriforum said his organisation was one of the complaints to the commission.

“The death of the former Springbok captain is being used to promote racism and hate-speech, and we can’t have that,” Roets said.

He said Afriforum has received multiple complaints about racism this year and that the organisation viewed this in a serious light.