The victim says there was no justification for the attack on him, he posed no threat to anyone and the military roadblock was not authorised. 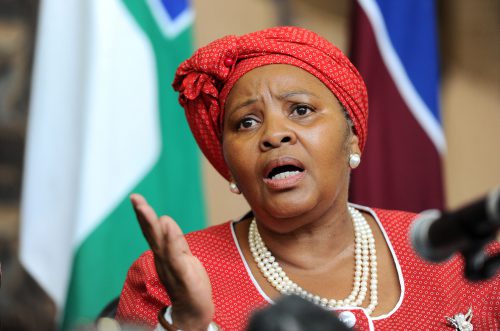 A Limpopo man who suffers from post-traumatic stress and depression after he was shot at in an ambush staged by military police two years ago has instituted a R4.9 million damages claim against the defence minister.

Peter Nicholson, 59, said in court papers he was driving on the national road near Musina on the evening of April 20, 2015 when his vehicle suddenly struck a spiked expanding metal trap strip that had been pulled across the road.

Simultaneously he heard the sound of semi-automatic rifle fire from the side of the road and realised he was under fire in an ambush. He managed to drive on four flat tyres to the farmhouse of a neighbour and phoned the police.

When the police arrived, they arrested a military policeman who was stationed at SMG Military Base in Musina. Nicholson laid charges of attempted murder, malicious damage to property and intimidation against the SA National Defence Force (SANDF) members involved in the incident, but was not aware that anyone was ever prosecuted.

He said there was no justification for the attack on him, that he posed no threat to anyone and the military roadblock was not authorised in terms of any law. He alleged the military police officers had either intentionally or negligently violated his fundamental rights to be free from all forms of violence, not to be punished in a cruel and inhuman way, and to freedom of movement and control over his body.

He said the attack terrified him and that his vehicle was damaged by the spiked trap and rifle rounds that pierced it. He was diagnosed with post-traumatic stress and depression for which he needed treatment.

He still had nightmares about the attack, became very frightened when reminded of it and avoided places where he might be confronted by soldiers as he now distrusted people.

He felt tense and depressed most of the time and had panic attacks when he heard gunfire or even went in the vicinity of a roadblock.

The SANDF filed opposing papers in which they denied the incident had even taken place, but the court ordered them to answer to Nicholson’s questions about it. At the time, the SANDF had claimed it had been a case of “mistaken identity”.