This due to Shadrack Sibiya and Captain Lesley Maluleke still awaiting a high court decision on whether the police should pay for their legal representation. 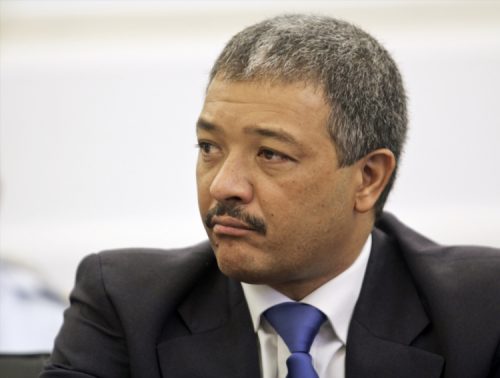 The case against former Hawks bigwigs Shadrack Sibiya, Captain Lesley Maluleke and Anwar Dramat remains in limbo as Sibiya and Maluleke await a high court decision on whether the SAPS should pay for their legal representation.

The trio were charged last year with kidnapping, defeating the ends of justice and illegal deportation in terms of the Immigration Act after the rendition of several Zimbabwean nationals in 2010. Maluleke also faces three counts of robbery for items allegedly stolen during the raids which led to the renditions.

While they are due to appear in court again on March 3, NPA spokesperson Luvuyo Mfaku said if the South Gauteng High Court had not made a decision by then, there would likely be another postponement.

The case has been at the centre of several public spats between the Independent Police Investigative Directorate (Ipid), investigative agency the Hawks and Police Minister Nathi Nhleko.

The latter had to explain in parliament this month his apparent gripe with Ipid boss Robert McBride. McBride’s Ipid report on the Zimbabwe rendition cleared Dramat and Sibiya from any wrongdoing.

After losing a Constitutional Court battle to suspend McBride over changes he allegedly made to the report last year, Nhleko asked National Assembly Speaker Baleka Mbete to consider a disciplinary process into McBride’s alleged involvement in a decade-old murder case.

Last year Sibiya, McBride and private investigator Paul O’Sullivan were charged with treason and conspiracy to murder after the three were accused by Gauteng Hawks boss Major-General Prince Mokotedi of plotting to murder him and Hawks boss General Nomthandazo Ntlemeza.

In an affidavit, Mokotedi alleges that the three attended a “braai” with members of the Democratic Alliance and Afriforum, where attendees identified several public figures as “targets for vexatious criminal investigations and shaming in the media”.

Sibiya is now the head of DA-led City of Joburg’s anti-corruption unit.