The trade union federation wants Molefe to explain why he resigned from Eskom. 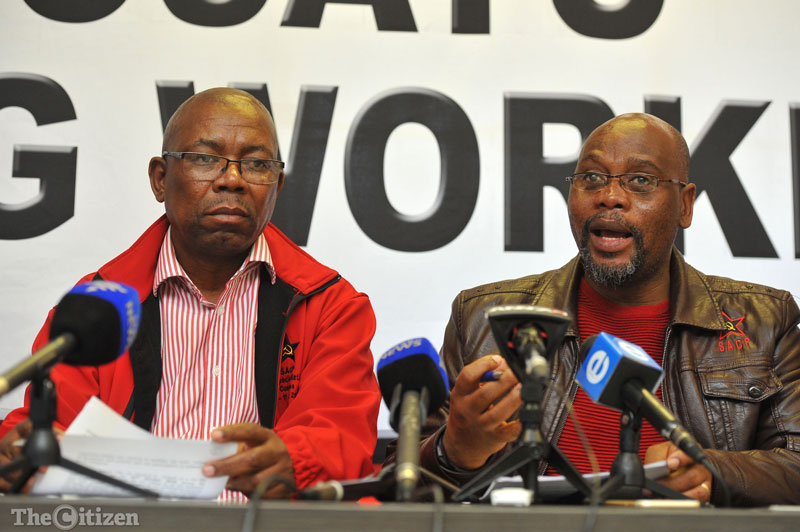 The Congress of SA Trade Unions (Cosatu) has thrown its weight behind Finance Minister Pravin Gordhan amid wide speculation he might be given his marching orders by President Jacob Zuma from Cabinet.

Briefing the media on Thursday following a meeting of its central executive committee in Johannesburg, the trade union federation said it agreed with “Gordhan that radical economic transformation cannot afford to be elitist and narrow”.

It also challenged former Eskom CEO Brian Molefe, now an ANC MP, to explain why he resigned from the power utility.

Cosatu said it wanted Molefe to “account on why he resigned at Eskom and answer on all allegations leveled against him and others”.

In her 2016 report into allegations of “state capture”, former public protector Thuli Madonsela found that the former Eskom executive had communicated regularly with one of the Gupta brothers and had visited the family’s Saxonwold compound in Johannesburg 19 times.

This was apparently at the same time as the Guptas were negotiating to buy a coal mine that supplies Eskom.

Molefe resigned from the state power producer late last year after the release of the report. He said he wanted to clear his name.

In an interview with The Mercury this week, he accused Madonsela of trampling on his rights by compiling a report that “had no findings”, and maintained his innocence in the scandal.

There has been growing speculation that Molefe could be appointed as the country’s finance minister to replace Gordhan or his deputy Mcebisi Jonas. However, it emerged this week he will be reportedly deployed to parliamentary committees on international relations and economic development.