The mother revealed gruesome details regarding alleged abuse her children suffered at the hands of her husband. 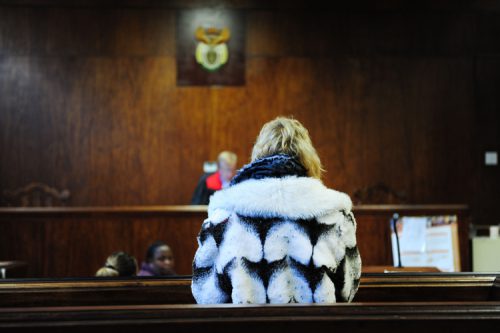 A Springs mother on Wednesday told the North Gauteng High Court in Pretoria how her husband had dragged their three-year-old daughter by her feet up a flight of stairs, bumping the little girl’s head against the steps.

The 38-year-old woman and her husband have pleaded not guilty to a range of charges relating to the alleged attempted murder of their 11-year-old son and abusing and neglecting their five children.

The woman testified in gruesome detail about the torture especially her eldest son and sometimes her 16-year-old daughter had to endure at her husband’s hands.

She also testified about an incident when her husband had dragged their three-year-old daughter up a flight of stairs before throwing the screaming little girl from the door onto a bed.

She said her husband sometimes made her and their five children stand shivering in their underwear in a “glass” room when he became angry.

She said the assaults on her eldest son had started when he was five years old and testified in horrifying detail about how the young boy was tortured.

She and her daughter were once forced to hold her son (then 10) by the feet and dunk his head into a bucket of water while her husband looked on.

The boy was once tied to two pillars in their lounge and made to hang there for a whole night while her husband poured water over him and sprayed him with pepper spray.

Her husband also bludgeoned her son on the head with a knob kerrie, tried to drown him in the bath, handcuffed him to the leg of a pool table, threw a television set at him and at times handcuffed the boy, stuffed him into a cupboard and burnt him with a blow torch.

The boy was once left handcuffed to a kitchen cupboard while his parents went to Durban for a weekend.

The woman said her husband had also assaulted her and she was too afraid of him to seek help.

The abuse came to light when her son ran to neighbours for help, but her husband further assaulted and then hid the boy from the police.

The woman admitted phoning her husband daily and exchanging love letters with him after his arrest, but said they were divorced last year.

Court to hear if ‘Springs monster’ mom is fit for trial