Lungisa accused of using delaying tactics, says NEC has power to remove him

He believes the ANC’s constitution allows members to contest any leadership position when in good standing. 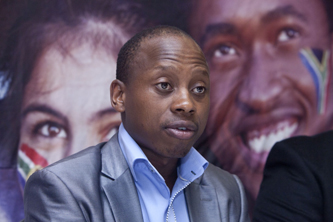 The ANC’s regional chairperson in Nelson Mandela Bay, Andile Lungisa, has been accused of using delaying tactics to offset an ultimatum by the governing party’s leadership for him to step down today or face disciplinary action.

The party’s Eastern Cape secretary Oscar Mabuyane on Wednesday said Lungisa remained adamant that only the ANC’s highest decision-making body, the national executive committee (NEC), had the power to remove him from his new position.

This is in spite of an order from the ANC’s top six leaders and the party’s provincial executive committee (PEC) barring him from serving on a lower structure while also serving as a member of the PEC, in accordance with the ANC’s constitution.

Lungisa wants the NEC, which meets this weekend, to discuss the matter, as he believes ANC secretary-general Gwede Mantashe had no authority to stop him from standing for the position at the party’s regional conference in Port Elizabeth two weeks ago.

He believes the ANC’s constitution allows members to contest any leadership position when in good standing.

At the time, Mantashe wrote a letter to Lungisa telling him he had reported him to the national disciplinary committee and the NEC for not heeding his advice.

Mabuyane said the excuse of constitutional issues from Lungisa was a new thing, saying the Nelson Mandela Bay chair was “twisting and turning things for no reason”.

On Monday, Mabuyane sent a letter to Lungisa telling him the PEC had agreed with the top six leaders that he should quit his new job.

“This decision must be effected latest by Thursday 23 March. Failure to heed this advice may lead to disciplinary action being considered against you‚” Mabuyane said in the letter.

Business Day reported on Thursday Lungisa has also written a letter to Mantashe in which argues that the secretary-general was misinterpreting the party’s rules.

“It is our understanding that the reason the matter has been referred to the NEC is for a binding and final decision to be taken.

“It stands to reason that prior to the final decision on the matter, the secretary-general lacks authority to instruct the elected chairperson of the region to stand down.

“At this point in time it is our understanding that the matter is still pending before the NEC, and as such, the elected leadership shall be remaining in its position,” Lungisa reportedly said in his letter to Mantashe.

Lungisa is believed to have the backing of President Jacob Zuma.

ANC leaders issue ultimatum to Andile Lungisa to step down

Hostage case: 11 supposed military vets due in court for bail hearing
7 hours ago
7 hours ago

Hostage case: 11 supposed military vets due in court for bail hearing
7 hours ago
7 hours ago