The dogs’ owner says she was in her bedroom and watched in horror as Hitler and Saddam burned. 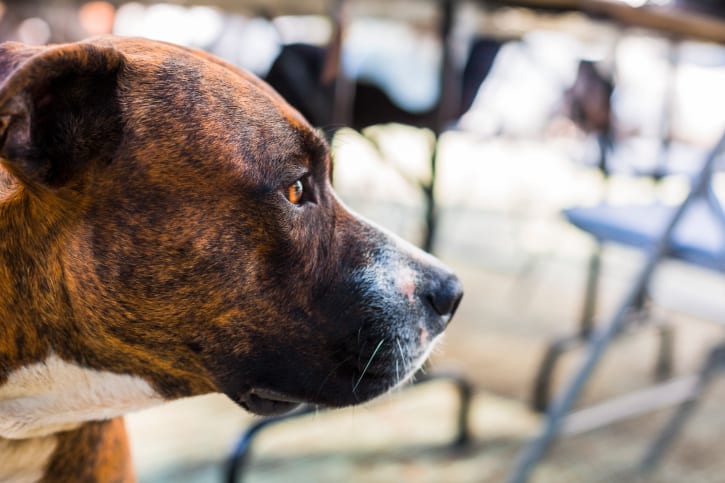 A father was arrested after he and his son allegedly set their neighbour’s dogs on fire – using some sort of liquid supplement – on their property in Winterveldt, north of Pretoria.

The dogs’ owner, Judith Hlatswayo, said she was in her bedroom and watched in horror as he set her dogs alight.

“It was terrible. I am still traumatised. My dogs just turned one year in January. They were still puppies.

“I still can’t believe what I have seen. This man is cruel,” she said.

The dogs were pit bulls named Saddam and Hitler. SPCA inspector Mishack Matlou said he had received a call on Friday from a frantic Hlatswayo, who said her neighbours were setting her dogs alight.

“When I got there, the one dog had already died at the scene. I picked up the other dog and rushed him to the Pyramid Veterinary Clinic. He was put to sleep because he suffered too much from his burn wounds.”

The inspector said he was concerned that people can just burn a dog like that. Matlou said the perpetrator simply told him that he had become tired of dogs, because they were eating his chickens.

However, Hlatswayo said her dogs were very playful and had never been out of her property.

At the time of the incident, they somehow slipped out by accident, but it was the first time.