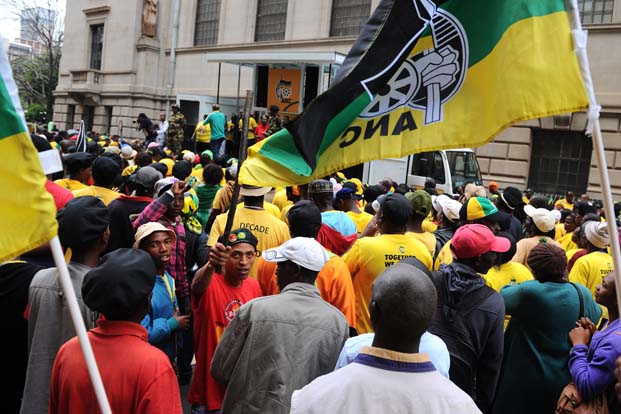 The battle lines between rival factions in the ANC have been drawn, with one going as far as warning that it will defend Luthuli House with weapons on Friday.

Addressing an ANC Youth League rally in Ekurhuleni last night, ANC NEC member Nomvula Mokonyane warned those planning a march on Luthuli House on Friday that they will defend the party’s headquarters. They will also defend President Jacob Zuma, who is under tremendous pressure to step down following his unpopular Cabinet reshuffle last week.

“Let’s meet on Friday… the MKMVA and those that are organizing [the march]. We will sleep at Luthuli House. We will be waiting.”

Defending the reshuffle, Mokonyane did not mince her words.

“We were never told that you must be a professional in order for you to become an MEC…there was no requirement for qualifications. Our qualifications are selflessness, organisation-driven accountability, and to serve the people of South Africa under the ANC.”

Mokonyane went on to question the integrity of those who leaked the ANC’s integrity report in which it was apparently recommended that Zuma step down.

She stressed that Zuma will be president until 2019.

“Zuma will remain in charge. Those who leaked the report, their integrity is questionable.”

ANCYL members later reiterated that they would defend Luthuli House “with sjamboks and all weapons at our disposal”.

Zuma fails to pitch at his own rally