DA march against Zuma in Limpopo

The Democratic Alliance took to the streets in Limpopo in a march against President Jacob Zuma on Tuesday. 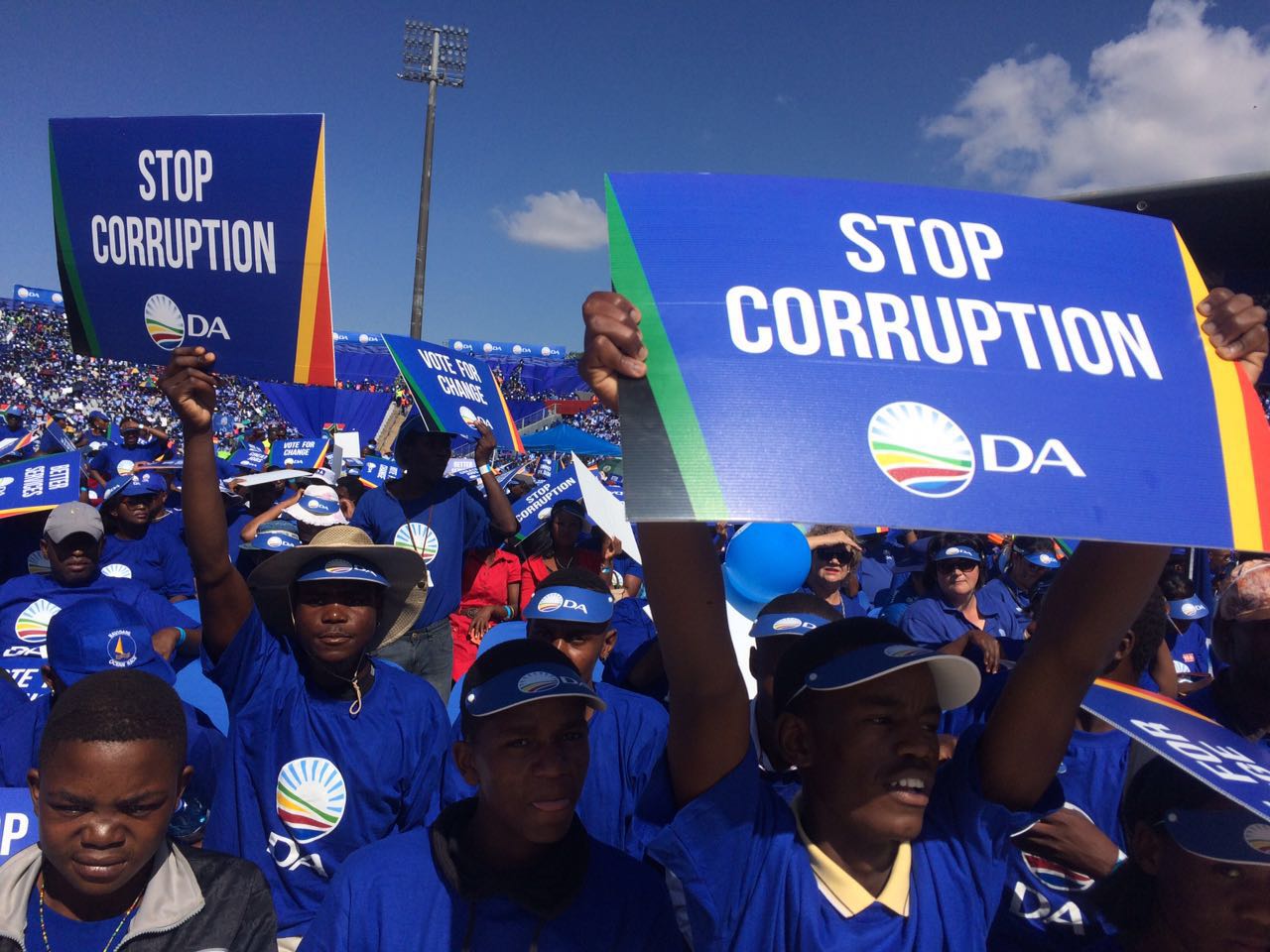 Before 11am, the hundreds of protesters led by Maimane arrived at the Limpopo Provincial Treasury which was guarded by numerous police officers.

A few Freedom Front Plus and a few Economic Freedom Fighters members joined the protest.

A statement released by Maimane’s spokesperson Mabine Seabe said the protest was being held in Polokwane because the province was evident to massive corruption bedevilling South Africa.

“Jacob Zuma and the ANC have normalised the abuse of the people’s money and institutions for self-benefit, while neglecting their duty to create jobs and build a better South Africa,” said Seabe.

“There is no better case study than the province of Limpopo – corrupted to the point of near bankruptcy, and economically stagnant.”

WATCH: Maimane says all political parties were invited to join but he will be talking to their leaders #DAMarch @AfriNewsAgency pic.twitter.com/hDjed2G5Lu

Maimane is not scared of bo wa Rra in Polokwane. Not wearing his bullet-proof vest to #DAMarch against #StateCapture pic.twitter.com/VB5gFHfcty

My sentiments are that these #AntiZumaMarches are becoming a roadshow about how spectacular they can be. #DAMarch