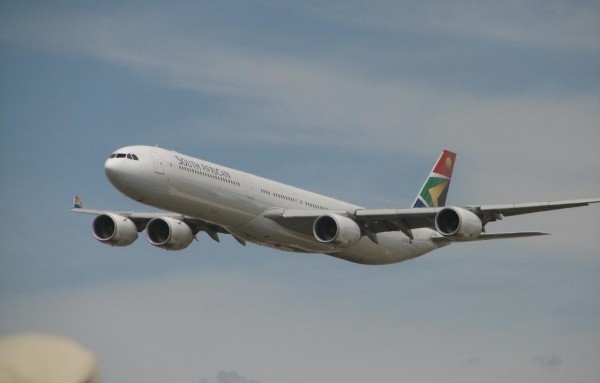 The failure by South African Airways (SAA) to pay cabin crew an increase of R507 ($39) on their meal allowance could result in major interruptions for the airline’s domestic and international flights on Wednesday.

Cabin crew presently get R1703 ($131) as a meal allowance and the South African Cabin Crew Association (Sacca), which has 1 700 members, on Friday served the airline with a notice of protected strike action. Sacca president Zazi Nsibanyoni-Mugambi said they felt undermined and aggrieved because the employer had not paid its members an international meal allowance increment since 2011.

Nsibanyoni-Mugambi added that the dispute had been referred to the Commission for Conciliation, Mediation and Arbitration, but that it remained unresolved.

Sacca deputy president Christopher Shabangu said: “They (pilots) cannot fly the aeroplanes without us. “There will be major disturbances if the issues are not resolved before Wednesday. “They pay Seabury R59 million but they cannot give us a meal allowance of R170. “It shows we are not valuable to them.”

The other unions at the national carrier are the South African Airways Pilots Association (Saapa), United Association ofSouth Africa (UASA), National Union of Metalworkers of South Africa (Numsa) and National Transport Movement. Saapa vice-chairperson Captain Grant Back said cabin crew were an integral part of SAA because they are also safety officers. He said flights could not take off without cabin crew.

Numsa national sector coordinator Viwe James said Sacca’s demands were fair and that the talks started last year, but SAA failed to accede and, therefore, they would support the strike. UASA operational manager Jannem Goussard said they were not aware of the strike, but would get a mandate from members today.

SAA spokesperson Tlali Tlali said SAA met labour union representatives in an effort to find a resolution and that another meeting was scheduled today in the hope of averting the strike.

“We still remain optimistic that SAA and Sacca will find solutions to these matters,” said Tlali. “This is evidenced by the willingness of the parties to continue engaging on these matters.

“In the event the issues are not immediately resolved, we will make appropriate public announcements on what options our customers should consider.” Added the SAA spokesperson: “We would like to give negotiations a chance as a real possibility exists that the planned industrial action may be averted.”