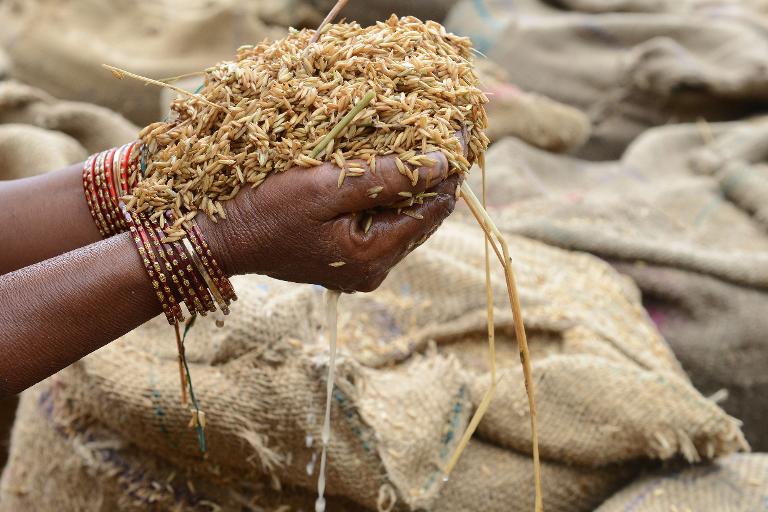 Neighbouring countries such as Zimbabwe and Zambia have such reserves, but it would entail a significant policy shift in South Africa, where commercial agriculture is market-driven and the state does not act as a buyer and holder of crops.

A strategic grain reserve usually involves the government buying crops and taking responsibility for their storage until they are needed to make up for shortfalls.

“We are thinking about it,” Agriculture Minister Senzeni Zokwana said when asked if a grain reserve was being considered.

“It is one of the things that the interministerial commi ee on drought should look at,” he said, referring to a Cabinet commi ee set up in 2015 to look at ways of mitigating the drought.

Zokwana did not go into specifics, such as budget allocations for such a project, which would be difficult in South Africa’s strained social environment after damaging ratings downgrades.

In major global grain producer Russia, which has a strategic grain stockpile, budget cuts caused by the financial crisis in recent years have made it difficult for the agriculture ministry to build up the reserve and to service the storage of the current stock.

This is more than 40% greater than the roughly 10.5 million tons South Africa typically consumes of the crop, the staple of lower-income households which are a key political base for the ruling ANC and were hard hit last year by rising food prices and in ation linked to the drought.

But the El Nino weather pattern, which faded in May of 2016, may reform again around September, just ahead of South Africa’s maize planting season, according to national and global forecasts.

“If we have a bumper crop this year, how do we make sure we have grain reserved for darker days? El Nino is going to be with us, we have to adapt,” Zokwana said, adding that commercial farmers should also hold some stocks.

Grain SA, South Africa’s largest grain producer group, said it was “not in favour of government carrying a strategic stock. The market is already working on such signals of a potential El Nino”.

Vehicle swept away by water, search for survivors continues
4 hours ago
4 hours ago

Vehicle swept away by water, search for survivors continues
4 hours ago
4 hours ago