Though he is all for finding solutions to SA's problems, Malema says there is something wrong with the former presidents' meeting on Friday. 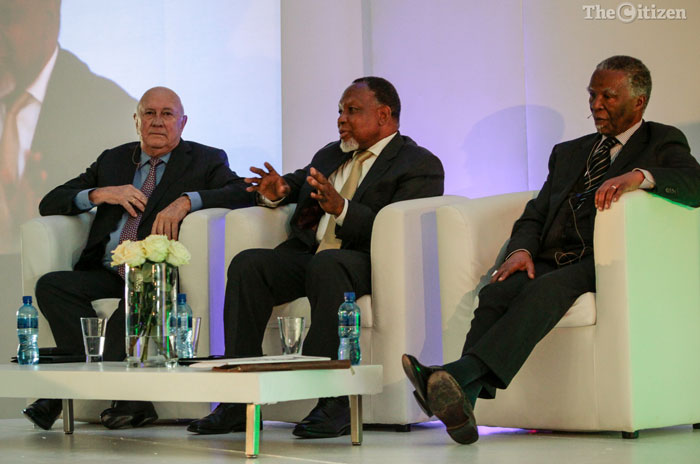 Following his appearance at the Newcastle Magistrates’ Court on Friday morning, Economic Freedom Fighters (EFF) leader Julius Malema addressed a crowd that was demonstrating outside the court.

In his address, he urged South Africans to occupy land while they were still alive because the only piece of land they could own in death was their grave. No amount of intimidation and charges would silence his party from talking about land, he said.

The matter was postponed to October 13.

“Presidents Mbeki and Motlanthe can indeed take initiative to bring the nation together, and we shall participate because they both represent a human rights based democratic initiative.

“De Klerk, on the other hand, is no elder of our democratic dispensation and he will never be. He presided over the mass murder of our people in places like Boipatong and Vlakplaas. To include him in a dialogue about the future is not only an insult to this important past that he represents, but consistent with the idea that things will look legitimate simply because they include white leadership.

“By recognising De Klerk, Mbeki and Motlanthe make a mistake that will lead to white racists thinking they still have a place in South Africa,” he said.

De Klerk should rather go into hiding in shame for the things he has done to black in this country instead of giving advice on what should constitute the future of South Africa, said the EFF leader.

The former presidents, along with former deputy president Phumzile Mlambo-Ngcuka, have initiated through their foundations a series of dialogues to tackle recent political and economic challenges besetting the country.

Speaking to eNCA before the meeting, De Klerk said the discussions were not about lobbying for Zuma to step down. They were about the country’s future beyond Zuma’s presidency.

“It’s not about Zuma this dialogue, it’s about South Africa and all its people,” said the former president.