He alleges that private security is being deployed to the area. 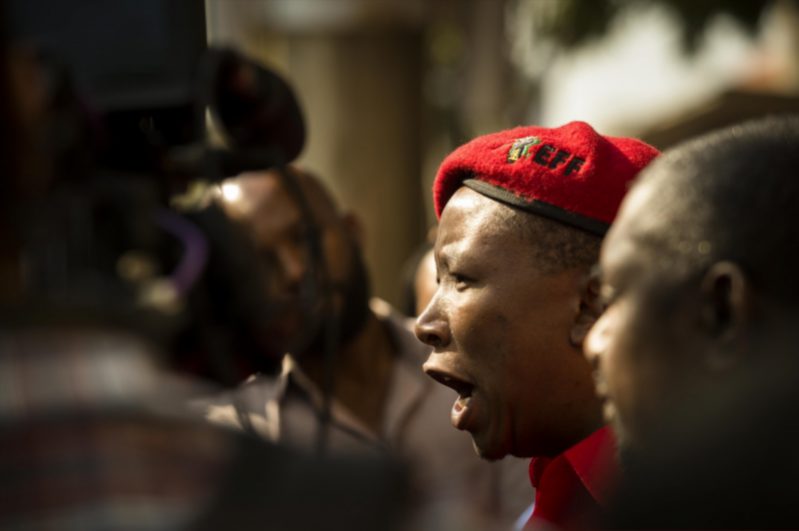 The town has descended into open racial conflict spurred by a court case involving two arrested white farmers who were given bail on Monday despite the black community being opposed to it.

The farmers have been accused of throwing a black man off their bakkie after allegedly catching him trying to steal from them. He died of a broken neck, his father said. The farmers say that the teenager jumped from the moving vehicle and died in the accident while trying to escape being taken to the police station.

Residents of the informal settlement he came from said one was the accused allegedly previously killed two people, the recent being last year.

The rural community of 2 000 people has been divided along strict racial lines since the start of the month, with homes torched and even reporters attacked, allegedly by farmers.

The EFF has also been outspoken on the case and Malema’s tweet suggests that the already fraught situation in the area is likely to escalate over coming days.

I’m told AfriForum is sending private security to #Coligny to protect racist white farmers, it looks like will have to reinforce our people

Delivering judgment in the bail application, which saw witnesses being cross-examined by both the defence and state attorneys for the better part of last week, the magistrate said the accused would stand trial.

The mood inside the packed courtroom was tense. They were granted R5 000 bail each.

“The court is satisfied the accused have no previous convictions and provide for their families. They both intend not to plead guilty on the charges and that they have a sustainable defense and that they will stand trial and not interfere with state witnesses and police investigations not conceal or destroy evidence.”

Outside court, local residents, including schoolchildren, were chanting liberation songs while hoisting placards reading “no bail” as well as sunflowers. There was also a huge police presence in and outside court.