I won’t apologise to that stupid parliament, says Mngxitama

When informed that parliament wanted him to apologise for disrupting a committee meeting, the BLF leader went on a vitriolic rant. 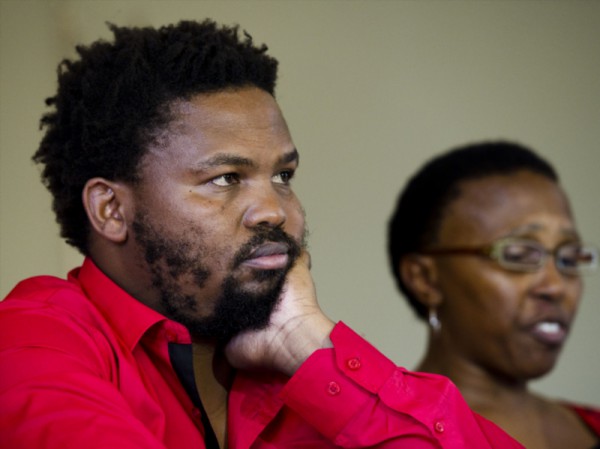 Parliament programming committee has ordered Black First Land First’s (BLF) Andile Mngxitama to apologise for disrupting the meeting of the joint committees on finance and trade and industry last week.

The joint committee meeting was convened to assess the transformation of the finance sector.

Independent Media is reporting that at the meeting of the programming committee earlier today, MPs expressed disgust at the conduct of the BLF. Deputy speaker Lechesa Tsenoli called for the organisation to apologise to MPs. He also said further action would be taken against Mngxitama.

It is understood that visibly irritated MPs also questioned how BLF was invited to make a presentation on the transformation of the finance sector in the first place.

When contacted for comment, Mngxitama was derisive. “I am laughing because this is laughable. Mainly because no one from parliament has contacted me to communicate anything.”

“My brother, I want you to put it in on record, this is rubbish, this is nonsense,” he continued.

“Please put it on record that we shall not apologise. The disruption was caused because those people are incompetent. They don’t know what they are doing. Tell them I say they are stupid.”