Residents of Zaminphilo informal settlement in Riverlea ext 2 attempt to douse a fire started by early morning commuters, 06 June 2014, in Johannesburg. Residents of Johannesburg are expecting temperatures to drop as a cold front passes through the country. Picture: Alaister Russell

While early indications suggest above normal rainfall for the Western Cape during winter, the bad news for those in Gauteng and other north-eastern parts of the country is the cold weather is expected to continue.

The Western Cape has been hit hard by dry conditions, which prompted several municipalities to implement water restrictions.

Speaking to The Citizen yesterday, forecaster at the South African Weather Service, Wayne Venter, stressed that the seasonal forecast was giving mixed signals at the moment, as is the case with other countries around the globe.

“Hence we are still calling on everyone in the Western Cape and other parts of the country to continue using water sparingly because while indications suggest above normal rainfall, the degree of confidence for that to happen is not that high as yet,” Venter said.

The recent dam levels in the province were at just above 20% full compared to 30.6% for the same time last year.

With regards to temperatures and what to expect this winter, Venter said the north-eastern parts of the country, which includes Gauteng, Mpumalanga, Limpopo, and North West, are expected to be the coldest. “In terms of what we can expect regarding daily temperatures on average, it is difficult to tell at the moment, but the indicators show the areas in question to be the coldest in the country,” said Venter.

He said south-western parts of the country can expect a much warmer winter.

Looking beyond winter, more bad news is another El Nino event could develop during spring and summer (from September).

El Nino events are associated with a series of heatwaves in the absence of adequate rain, as was the case before last year’s winter.

Most parts of the country were declared disaster drought areas, with dam levels reaching alarmingly low levels towards the end of last year.

The department of water and sanitation was forced to embark on a replenishing exercise at the Vaal Dam which dipped to levels of about 25% full.

Meanwhile, contrary to last weekend’s cold and wet weather in various parts of the country, Venter said residents can expect a much drier week, with temperatures in Gauteng expected to remain cool.

Venter warned that early mornings and late evenings are expected to remain cold and improve slightly towards the end of this week.

Minimums in the northern parts of Gauteng, which include Pretoria, are expected to range between 8°C and 9°C and between 6°C and 7°C in Johannesburg.

Bitterly cold early mornings and late evenings will still be felt in the extreme south of the province, including Vereeniging.

Former prosecutor Gerrie Nel on what drives his quest for justice 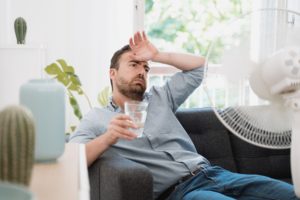 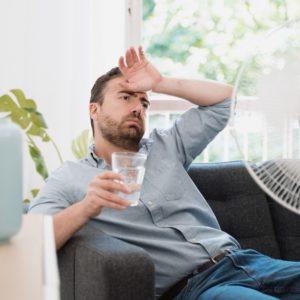