Diplomat and family in bribery and police violence debacle

Members of a family on holiday claim they were assaulted by traffic officers after a dispute over a bribe. 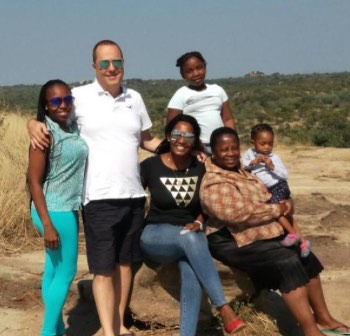 The party of eight set off from Maputo in two cars in the early hours of April 24. Berrington, his daughter who is a US resident, and stepdaughter, were passengers in his wife’s car. His sister-in-law, an African Union diplomat, was driving the other vehicle. Berrington’s mother-in-law, his other stepdaughter and his sister-in-law’s baby were passengers in this vehicle.

MBOMBELA – Ian Berrington (55) states that the bribe was solicited, but the Mpumalanga traffic police claim Berrington tried to bribe them to prevent being fined.

The matter is currently before prosecutors to try to decide, reports the Lowvelder.

The family in question consists of South Africans, Mozambicans and a US resident. Their holiday to the Kruger National Park got off to a rough start when they were stopped on the South African side of the Lebombo Border after crossing into the country from Mozambique.

The party of eight had set off from Maputo in two cars in the early hours of April 24. Berrington, his daughter, who is a US resident, and stepdaughter, were passengers in his wife’s car. His sister-in-law, an African Union diplomat, was driving the other vehicle. Berrington’s mother-in-law, his other stepdaughter and his sister-in-law’s baby were passengers in this vehicle.

What happened next led to a case being opened by Berrington against the police, and a countercase being laid by Mpumalanga traffic police against him.

“It was absolutely bizarre. In 15 years of crossing this border I have never experienced anything like this. It was incredibly upsetting for myself and my family,” he said. He opened a case of assault and malicious damage to private property against a number of traffic officials.

Berrington, a South African citizen and owner of property in Mbombela said: “Right outside the border-post gates we discovered a traffic inspection point. On the opposite side of the crossroads were quite a number of Mpumalanga traffic police officers, and they did not stop my wife, but they did stop my sister-in-law.

“As it seemed to be taking a little long, my wife asked me to go and see if everything was okay as my sister-in-law does not speak good English,” Berrington explained.

When he arrived at the car, the traffic officer who had stopped the travellers allegedly claimed his mother-in-law was not wearing a seat belt and issued a R500 fine.

“I told him that we were going on a family holiday and requested him to consider not issuing a fine as it would spoil the (trip). In my opinion, the crime was of a minor nature. I repeated this several times to him, whereafter he asked me to come to his car marked ‘Traffic’,” Berrington said.

“I again asked him politely, ‘Please boss, don’t do this.’ He then asked, ‘How much can you give me?’ to which I replied that I don’t have ‘that kind of money’.”

Berrington was then apparently ordered by the official to take the fine.

“I concluded he wanted me to pay in cash. That was something I would not do. If he continued to imply that I pay less but pay anyway, it would have amounted to bribery. I stood up, took my cellphone out of my pocket and started filming him doing his corrupt work,” he said.

He filmed the registration plate of the traffic vehicle. As he was walking back to his wife’s car, the same officer allegedly grabbed him around the neck, snatched the phone from his hand and smashed it on the ground. By that stage, his wife was also filming the incident.

His sister-in-law was then allegedly attacked by three female traffic officials and Berrington himself allegedly assaulted by three policemen.

“They violently forced me into the back of the police car. I saw two (officers) chasing my wife. I saw one yank the keys out of the car and demand that she delete the videos and photos from her phone. Her keyring broke,” he said. 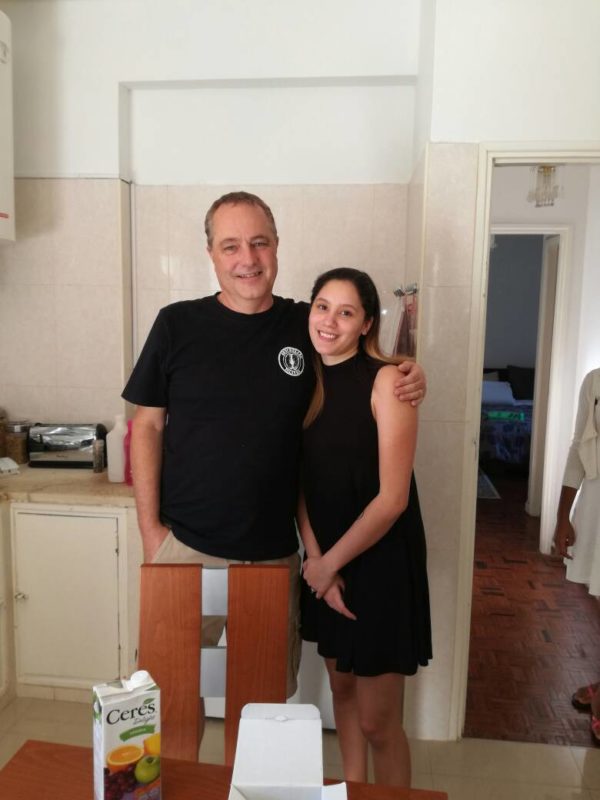 Lowvelder has also seen a sworn statement by Berrington’s 21-year-old daughter, Savannah, which echoes her father’s version of events and explains how she was allegedly manhandled by two female traffic officers.

“(One) traffic woman said she was going to ‘slam me into the ground and squash me’. I proceeded to tell her that I was an (American) citizen and my husband a uniformed solider in the US army,” the statement reads.

Berrington said his daughter was pushed on to the road, into the way of oncoming traffic. He was transported to Komatipoort Police Station where he spent about four hours in jail.

The traffic officials proceeded to open a case against him for defeating the ends of justice. He believed they became frightened once they discovered his sister-in-law was a diplomat and his daughter a US resident.

“I consequently requested legal advice and was assured this matter would be well investigated by the police and the Hawks,” Berrington said.

He added that countercharges of alleged bribery had been laid against him by the traffic officers involved in the incident.

“Both dockets were submitted to the public prosecutor for a decision,” he told the Lowvelder.