The EFF currently has no limit on how long a president can lead, but Malema says he's willing to go when the time comes. 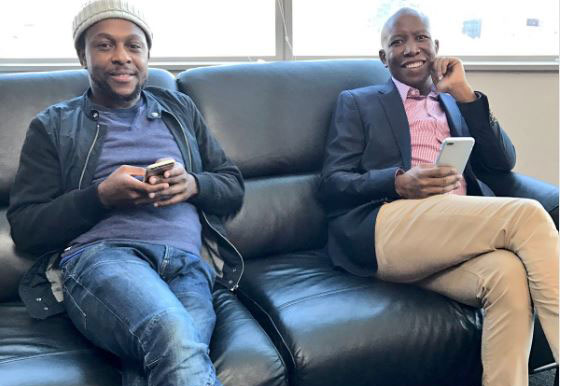 During an interview with Tbo Touch on Wednesday, a listener called and asked EFF leader Julius Malema if he would be willing to step down as the party’s president should the time come.

Although the South African constitution allows for the president of the country to lead for only two terms, the EFF has no clause in its constitution that guides on issues of the party presidency. In fact, there is no limit as to how long an EFF president can lead.

An EFF leader is chosen by the people and the very same people can ask the president to step down if they have objections, he told Tbo Touch.

“There’s no limit for the president of the EFF in the constitution; once people say we’re tired of Malema, I’m willing to step down,” he said.

Malema was referring to President Jacob Zuma, who many have been calling to step down following his highly criticised Cabinet reshuffle in March that saw then finance minister Pravin Gordhan and his then deputy Mcebisi Jonas sacked.

Since then, organisations such as the SACP and Cosatu have been calling for Zuma to step down in an effort to save the ruling party.

The Nelson Mandela Foundation also recently called for the president to step down.

“No wonder this untenable situation has seen calls from across the land to the president to step down. We urge Zuma to listen to the voices of the people … and should he do that, it would be the second time he heeds the people’s call. The first call was when he gave himself to the struggle against apartheid.

He added that if Zuma was of “a good conscience” he would stay put after resigning and “not flee the country”.

“If the president of the republic is a democrat, he will listen to South Africans and act accordingly as they desire,” said foundation chairperson Njabulo Ndebele.