The NPA insists on a complete media blackout on the case. 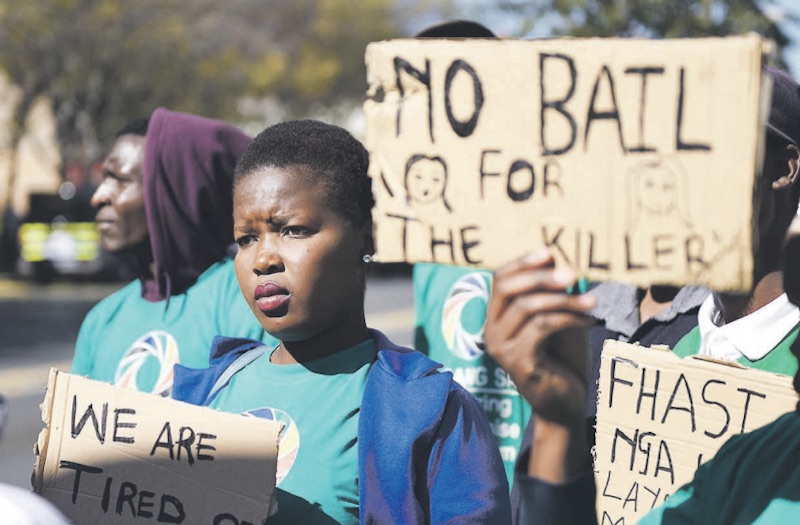 Sandile Mantsoe will remain in jail, as his bail application has been postponed to June 23.

The National Prosecuting Authority (NPA) is locked in a legal battle to prevent the media from publishing any details of the state and the defence’s affidavits. They contain Mantsoe’s version of events of what happened to his late girlfriend, Karabo Mokoena.

The media ban has been in effect since Mantsoe appeared in court last month. The NPA has stated that details of the case are considered ‘sensitive information’, and could jeorpadise their investigation and case of premeditated murder and defeating the ends of justice.

The 22-year-old was in a relationship with Mantsoe for seven months, and disappeared at the end of April. A social media campaign to find her was launched by her close friends. Her body was found burnt beyond recognition at a dumping site in Lyndhurst.

Mantsoe is understood to have told police that he found Mokoena dead in his Sandton apartment, and in a moment of panic, proceeded to douse her in petrol and acid, torching her body and dumping it.

Over the weekend, Sunday World reported Mokoena was killed in a ritual ceremony. It is alleged Mantsoe had a Ghanaian sangoma who wanted to harvest Mokoena’s body parts. The sangoma died after the killing, and police have launched an investigation to find his home and to further provide evidence for their case.

Sandile Mantsoe to appear in court for bail application