The president is not backing down on his idea that white people are actually still in charge of SA. 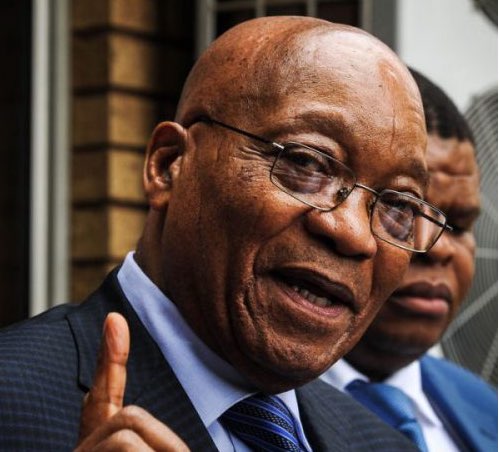 He was speaking ahead of Nelson Mandela Day and emphasised that the young Mandela and his ANC contemporaries had been radical in their approach.

“They were radical truly because they believed in the moral and intellectual superiority of their ideas,” Zuma said.

He exhorted young people to push for radical economic transformation.

In perhaps his most notable quote from the night, he said with a knowing smile: “They say we want to transform the structure, the system, the institutions…” He then made a joke, and the gathering laughed, and he giggled along. “That’s what we want to do.”

“The patterns of ownership and management and control … so that it is not done by a few, which we call: white monopoly capital.”

He was applauded for saying this.

When he said: “Those who say that one does not exist, they live in another country,” he received the loudest applause and cheers of the night.

Warm reception for President Jacob Zuma in the Dullah Omar region ahead of a #MandelaDay address in Nyanga, Cape Town. @News24 pic.twitter.com/1n5nSRci1N

Analysts have partly seen his comment as a swipe at former president Thabo Mbeki, who said last week that the economy is no longer only white-dominated.

However, the ANC resolved at its recently concluded national policy conference that the party would no longer refer to white monopoly capital, saying only that monopoly capital was the problem.

The president was therefore departing from his own party line.

It is, however, understood that the Zuma faction at the conference pushed hard for “white monopoly capital” to be taken seriously as a concept, though the Ramaphosa-led faction appeared to win the day.

Zuma, though, has clearly not let it go.