702 in hot water for comparing black kids with dogs

The station asked people on social media what was 'cuter' between walking kids and dogs. 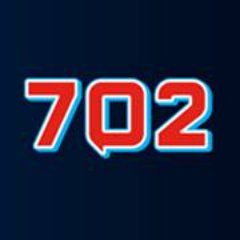 Talk radio station 702 in partnership with MTN held a Walk the Talk campaign on Sunday in which people walked long distances against gender-based violence and the killing of women and children.

South Africans came out in their numbers to support the cause, as some brought their dogs and children along.

The radio station took pictures of the people partaking in the walk and shared these on its social media platforms – only that one of its tweets appeared to pit dogs against kids.

“#MTN702Walk Aaaw! Dog VS baby … who’s cuter? Go ahead and evoke those broody feelings,” tweeted the station, along with pictures of dogs and black babies with their parents. 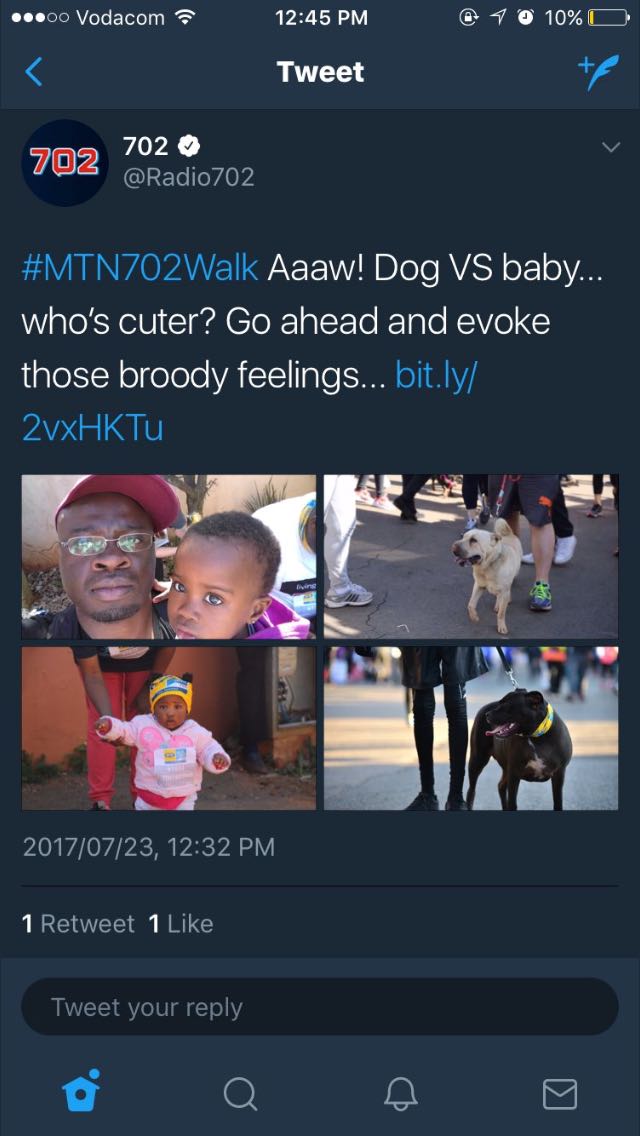 After a few complaints on Twitter, the station quickly deleted the tweet and tweeted another that did not compare the kids to dogs. It also removed the post on its website, except it was already too late as screen shots had circulated on social media, as they almost always do.

“The problem started when we were told to forgive them without them asking for forgiveness. Today we are labelled and regarded subhuman.”

“So you’d compare human babies (black human babies) to dogs? And it’s supposed to be what, cute?”

“Black babies, er, pale when compared to dogs. Has @Radio702 come out yet to clarify that it had been ‘hacked’?”

“If it wasn’t a race thing, why did they use black children? Were they the only children present? Wake up.”

“You made approx R8.5m today. We accept apologies in bursaries for education. #FeesMustFall”

“What was the intention of the tweet in the first place, so disappointed. Something must be done regarding the tweet it was so irresponsible.”

A Facebook user also shared screen shots of an alleged conversation among the station’s producers, discussing how the situation should be dealt with.

One says they would prefer not to tackle the issue online, but if it came to it, they should just point out that the station has apologised.

One of the people in the group also complains that “this” had been going on for far too long and nothing was ever done after complaints. Check out the alleged screen shots below: 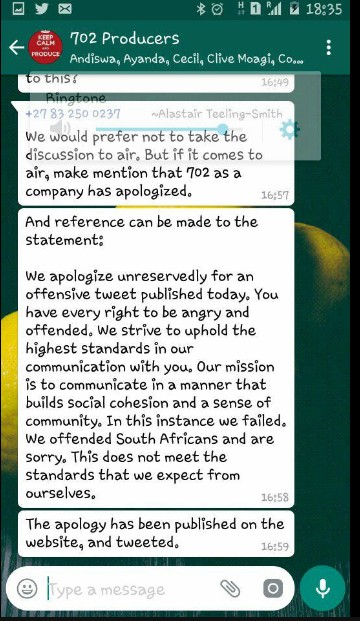 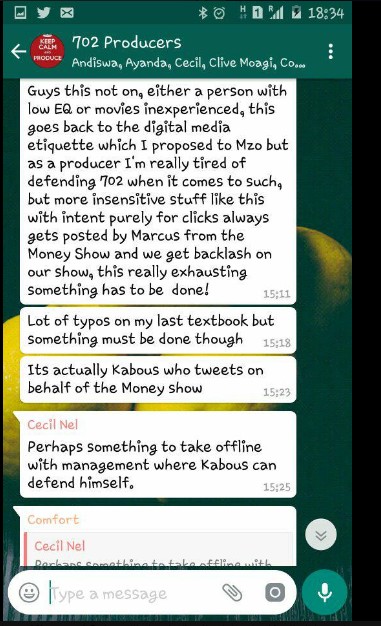 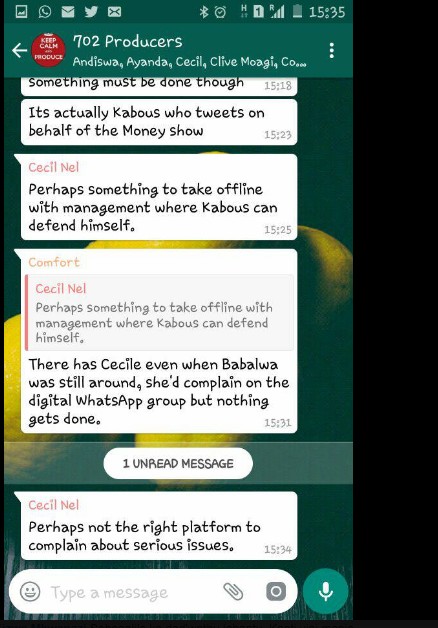 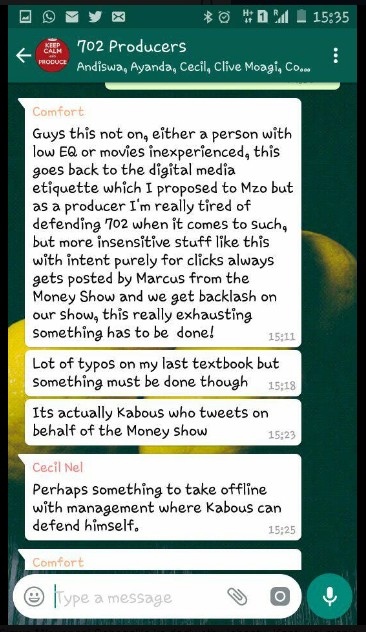 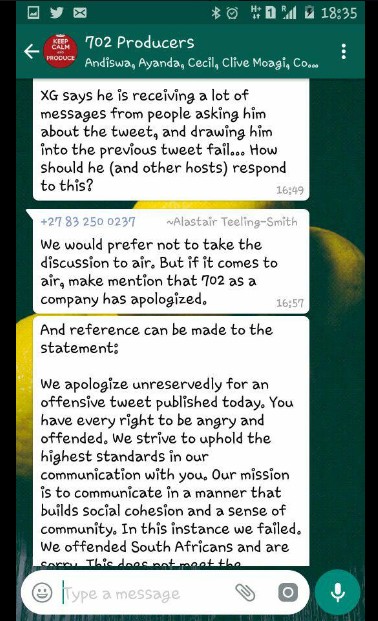 Following criticism, the station indeed apologised for the “offensive” tweet.

In a statement, it said: “We apologise unreservedly for an offensive tweet published today.

“You have every right to be angry and offended. We strive to uphold the highest standards in our communication with you. Our mission is to communicate in a manner that builds social cohesion and a sense of community. In this instance we failed.

“We offended South Africans and are sorry. This does not meet the standards that we expect from ourselves.”