In one instance, armed men hijacked a coal truck and dumped its load into the road and onto the railway tracks. 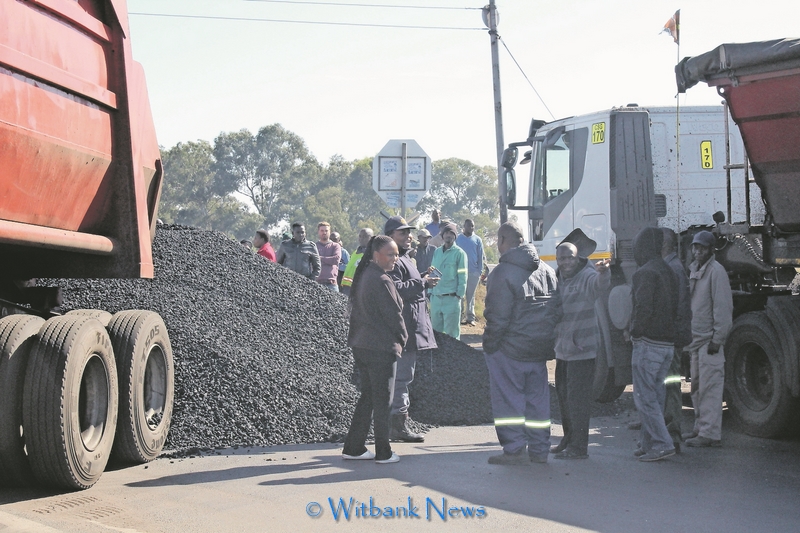 Protestors blocked the road at the railway crossing in a dispute over taxi routes. Picture: Witbank News

Both local and long-distance taxi associations are quarrelling over who has rights to a new route in the Emalahleni area, Mpumalanga.

This is brought on by the new development of land on the outskirts of Pine Ridge, according to a report by the Witbank News.

On July 14, taxi drivers blocked the railroad crossing to Klarinet with a bus and a lorry. Witbank police intervened and freed up the congestion of the road and crossing.

In another incident the same day Mayor Makofane, a taxi driver driving from Klarinet, was pulled over by an angry mob at the intersection of Walter Sisulu and Elizabeth streets and the mob demanded that all of the passengers get out of the Toyota Quantum.

One of the mob members was wielding an axe and allegedly threatened Makofane, telling him that he was not allowed to transport people along the route he was on.

Then, on July 17, armed men hijacked a truck that was transporting coal and dumped its load into the road and onto the railway tracks at the same location. They then blocked the road with two trucks and fled the area.

No police cases have been opened for the incidents whereby the roads were blocked by the protestors and Sergeant David Ratau, Witbank police communications liaison, encouraged people to come forward and open cases. These incidents could be seen as truck hijacking or cases of theft.

“The two taxi associations, long-distance and local, are in disagreement about the route to Pine Ridge and the new development. Leaders from the associations have met with Brigadier Sipho Mokwatlo, the Witbank Station Commander, to enter discussions regarding the route and the fighting between the two associations,” he said.

He added the police encouraged the community not to take the coal that is thrown onto the roads in these disruptions as the act is regarded as theft and can result in arrest.

“We also encourage taxi drivers to refrain from blocking the roads as it not only disrupts the flow of traffic but also prevents emergency services from travelling along these routes,” said Ratau.

Scrapped or not, South Africans will pay for e-tolls, says Fikile Mbalula
12 hours ago
12 hours ago

Scrapped or not, South Africans will pay for e-tolls, says Fikile Mbalula
12 hours ago
12 hours ago