Mbeki’s message to MPs: vote honestly and according to your conscience

The former statesman says MPs must remember they are the representatives of the people of South Africa. 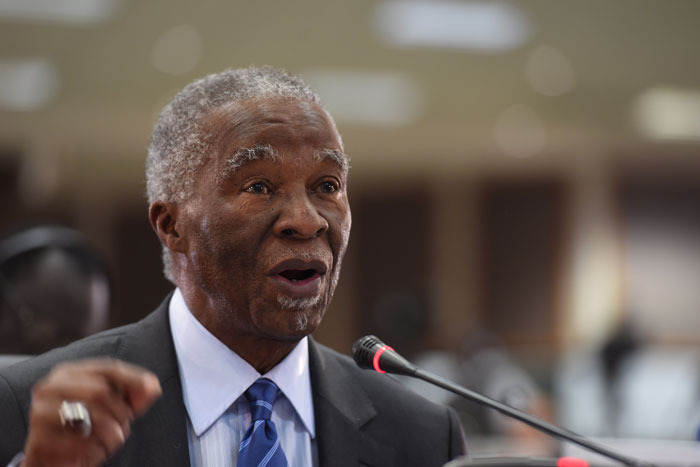 Former president Thabo Mbeki has urged members of parliament in the National Assembly to put the interests of the people of the country first when they vote later today in the motion of no confidence in President Jacob Zuma.

Speaking to the media in Kenya while leading the African Union’s Election Observer Mission in the east African country, Mbeki said he hoped all MPs, particularly those from the governing party, would vote honestly, according to their conscience and the information they have.

“And one hopes that those MPs will discharge that responsibility to make a proper assessment as to, do they have confidence in this president depending on what the president has been doing? They have got to make that assessment,” he added.

The former statesman said the decision by the speaker of parliament Baleka Mbete to permit the secret ballot requested by opposition parties was to ensure MPs could vote truthfully “without fear that maybe the party, in this case the ANC, might punish them if they vote in support of the motion of no confidence”.

“All of us hope they will indeed vote honestly because [of] the opinion in the country about what’s been happening in the politics of SA. And I think those MPs must recall that they are the representatives of the people and must therefore represent the people in terms of what they do this afternoon,” he said.