How the ANC saved Zuma, and how it could come back to bite them

A PR expert breaks down the ruling party's 'attack and blame-game' strategy', which may backfire 'in the long run'. 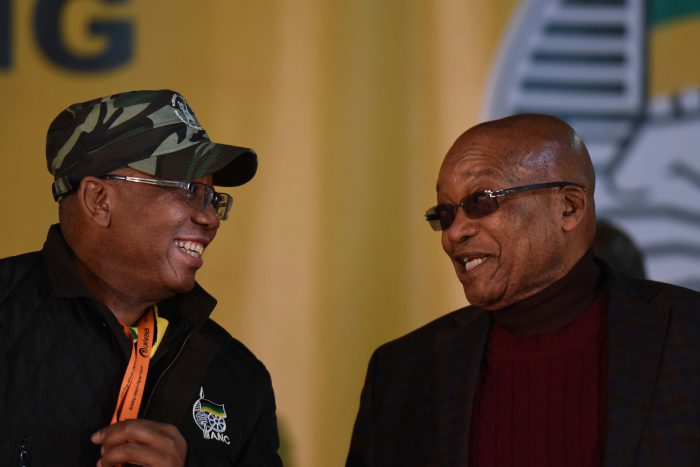 The ANC cleverly shifted the conversation away from President Jacob Zuma during Tuesday’s no-confidence debate in parliament, a communication expert says.

Janine Lloyd, crisis communications strategist at PR Expert, said: “When you are attacked you either respond with the truth, go on the defensive or you shift the conversation.

“What the ANC did was to shift the conversation cleverly to appeal to MPs that if they were to support the no-confidence vote, then they would be putting the ANC and the government in a very dangerous position,” she said.

“By using military language like ‘coup’, they were suggesting that anyone voting against Zuma would in fact become an ‘enemy’ of government.”

Lloyd said the “blame shift rhetoric” showed “there is no valid argument in his defence”.

The ANC parliamentary caucus’ view was that the motion was a bid to usurp the constitution, collapse government, deter service delivery and sow seeds of chaos in society in order to ultimately grab power.

Lloyd said blaming the DA as the instigator was another way to blame-shift when, in fact, members of all political parties wanted the vote of no confidence.

“When you attack others rather than own up to the reality of the situation, the attacker is the one who loses in the long run.”

The result saw the ANC win with 198 votes against the motion compared to 177 in favour.

The party rejoiced with the public shortly afterwards. Lloyd said this was a method of influencing public perceptions by making it look like a victory, even if it was not.

“You act strong even if you are not. To those who may not have understood the process or realise how close the vote of no confidence came, it reinforces the ANC’s position of power.”

Analyst Daniel Silke said there was little personal warmth for Zuma during the debate. Lloyd added that, from a reputational perspective, Zuma and other leaders linked to the Guptas had damaged their credibility, which was very difficult to get back.

“The only problem is that until Zuma is replaced after the next elections, the ANC will continually be under attack because he is perceived to represent everything that is wrong with South Africa.”