Since when is being called gay an insult, asks Mpofu

Others think Mduduzi Manana must actually BE gay to react so strongly to the label, and have questioned his camp clothing style. 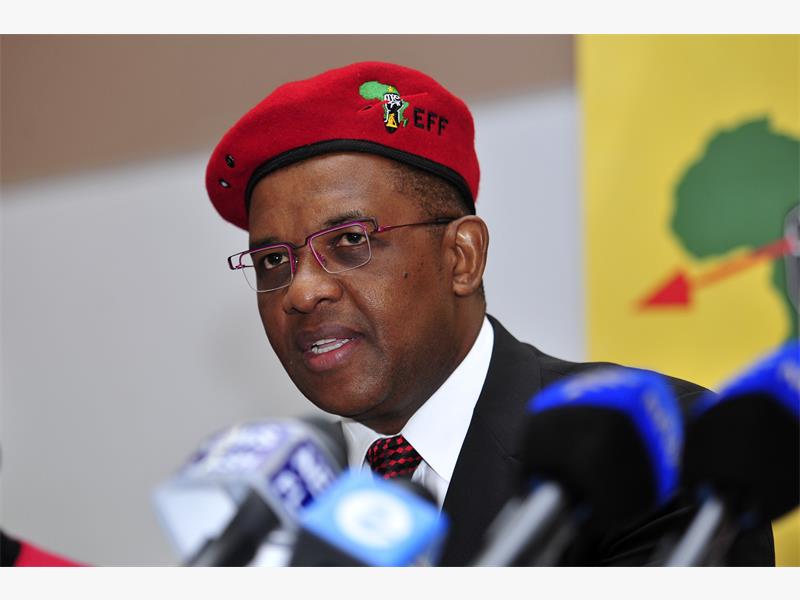 EFF national chairperson Advocate Dali Mpofu took to Twitter on Sunday to challenge the idea that being called gay could even be considered an insult, and therefore worthy of the label of “extreme provocation”.

Deputy Minister of Higher Education Mduduzi Manana has tried to excuse his beating of two women as coming as a result of being extremely provoked by one of the women, who allegedly called him gay.

Mpofu, however, expressed amazement that there hasn’t been enough debate around whether this could even be accepted as a concept.

“Maybe I missed this but has ANYONE asked Manana why being called gay justifies violence? Isn’t the insult to be called a [South African] man (like him)??”

He may also have been referencing the #MenAreTrash hashtag, which the EFF, including its leader Julius Malema, has embraced.

Users were split on whether they agreed with Mpofu.

One told him: “In the real world (not diplomatic circles) when one calls you a Isitabane (whether male or female) they should expect a Warm Klap!!!”

Another was amazed to learn that Manana was not, in fact, gay, while Sanjay Majaraj reckoned Manana is in the closet.

“Bet err the way he dresses he could well pass off as being gay.” Another agreed that “The truth hurts.”

Another man was approving of Manana’s violence: “If a woman calls me gay I will prove to her Manana way that I’m not gay….”

Here were some of the other comments:

“This just exposes the mentality of some of our SAn citizens around sexual orientation. Someone was stoned, killed and dumped in Soweto. Why?”

“Shouldn’t there be more distaste in our mouths for the abusers than for those who continue to love the abusers?”

“Leadership,even if he was insulted it does not permit violence. Violence is violence. He should have acted differently.”

“We have been called by names “very bad ones” but never resorted to violence.Only ANCwl will agree with him.”

On Sunday, further allegations of abusive behaviour emerged against Manana.

He appeared in court this week after admitting that he slapped, punched and kicked two women at a nightclub in Johannesburg last Sunday, but claimed one of them had brought it on by calling him gay.

Watch a clip of the attack below:

The Sunday Times has revealed allegations of years of abusive behaviour from Manana, including that he threw objects such as cellphones and diaries at his staff; ordered public sector staff to cook for him and his friends at his home; and, bizarrely, “punished” a former secretary by allegedly making her wait in the dark until 2am outside his flat in Cape Town for two hours on her own on a cold night in Winter.

His staff told the paper they knew of a long history of abuse, “blackmail” and temper tantrums stretching back “at least five years”.

His former secretary claimed that part of the abusive language he allegedly levelled at staff was the choice phrase that they were “rubbish picked up from the street”.

According to the Sunday Times, Manana failed to respond to any questions on these allegations.

Manana is yet to face any official sanction from government; the ANC Women’s League president, Minister of Social Development Bathabile Dlamini, told the Sunday Times there were far worse senior government leaders than Manana.

She alleged the “attack” on Manana was politically based.

Small Business Development Minister Lindiwe Zulu told eNCA on Sunday morning that she had worked with Manana before and had not experienced him in the way the media was characterising him.

She called for the law to take its course on Manana and “from a bigger point of view”.

“Personally, I’m terribly disappointed because I know him, I’ve worked with him; I’ve always found him to be one of the best … very respectful, very hardworking … and all that.”