The Mugabe children: Blessed, or stressed?

Part 1 of a series on the children of Grace and Robert Mugabe. Yeah, we've been stalking them online, true. Someone had to. 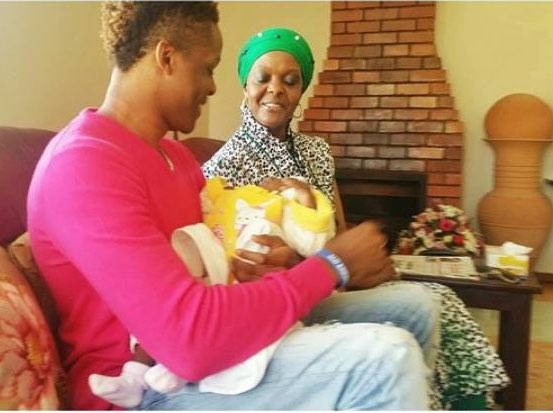 This week, I was introduced to a part of the “Zimbabwean Royal Family” I never thought I’d even want to know about.

Not literally – I have never met the guys (and girl), but I have also never thought of them much before.

The oldest sister, Bona Mugabe, the middle kid, Robert Peter Mugabe Junior, and the baby brother, Chatunga Bellarmine Mugabe, have never popped up on my radar.

But after the brothers’ shenanigans in Sandton made the news last week, and after their mother became famous for her fearsome offensive powers with an extension cord, I decided I need to know more.

I started with the easy stuff, and here’s a rundown of the basics.

Bona (born in 1990), married Simba Chikore (1977) in 2014. In 2016 they had their first baby, and named her Simbanashe Chikore. She graduated with a degree in accounting from City University in Hong Kong. She has never worked as an accountant.

Robert Peter Mugabe Junior, nicknamed Tino, has made the headlines most often. He’s 25, but has lived a full life. He was also named one of Zimbabwe’s “Hottest Men”. He attended various schools and completed his Advanced Levels at St John’s College in Harare – where he performed “dismally”.

His father was quoted in an interview saying: “We expected he would get through, but no, he became an undertaker! ‘U’s! That is why we call them undertakers.” 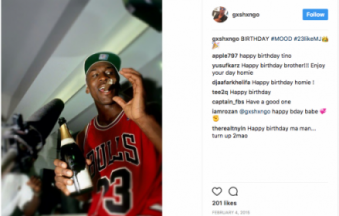 He shared an Instagram post in 2015 captioned “#23LikeMJ”. That’s a reference to Michael Jordan – arguably the greatest basketball player of all time. This post revealed a lot about who he is. An avid basketballer (even representing Zimbabwe), Bob Junior bid those dreams farewell.

In an interview with The Telegraph, his mother is quoted as saying: “We had to sit him down and explain he cannot join a club playing in the US college league because of the sanctions. It hurt him because there was a lot of interest in him, but he now understands what it means to be the son of President Mugabe.”

In 2010, he made the news when he escaped the state bodyguards at St John’s College to go shopping with a friend. My guess? He just wanted to escape. Chatunga Bellarmine Mugabe is the youngest heir to Bob’s riches. At 20, his online presence is marked by a flashy lifestyle, and he sounds like a bit of a troublemaker. He was expelled from St. George’s College for “gross indiscipline and insubordination” – and “allegedly” finished his education through home schooling.

In a video that surfaced recently on YouTube, Chatunga is seen filming himself in a room with unidentified people (friends?). They’re smoking, drinking champagne, and having a casual party. Weird thing – the crew call themselves “bar rangers”. Different from the Power Rangers, but hey.

This feature forms part one of three. The next feature will take an inside look at Robert Mugabe Junior and his social habits.