Residents are threatening to protest if grievances about water bills are not addressed. 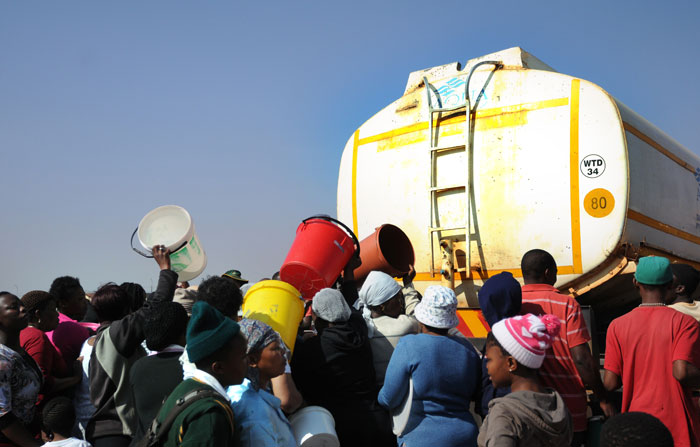 While residents of Soweto’s oldest neighbourhood, Kliptown extension 11, were grateful to finally receive electricity, many claimed they spent up to R100 a week on water.

Johannesburg mayor Herman Mashaba, who was launching the last phase of a project to electrify houses and streets in the poorly serviced area, was met with complaints by residents, who later threatened to march to his office to demand cheaper water.

Previously, the City of Joburg allowed these residents six kilolitres of free water per month, after which they would have to pay. But Mashaba’s administration recently announced that it had made changes to the Expanded Social Programme to ensure that only residents who needed free water were allowed this service.

MMC of environment and infrastructure Nico de Jager explained that residents had to apply to qualify for the free water. But it seemed residents who spoke to The Citizen did not know this and were infuriated, believing Mashaba had unilaterally stopped the service for everyone.

Julia Muludzi, a 70-year-old Kliptown resident, said she had to buy water almost daily. When she could not afford the R20 it costs for water that barely lasted two days, she would go without bathing.

“Every time you buy water for R50, after three days the water is gone. I have receipts here … I buy water every day for R20 and then it is finished after two days.

“The mayor told us we can’t have 6 000 litres anymore. If we don’t get water again by the beginning of next month we will protest,” she said.

Residents tried to have an audience with Mashaba after his launch of the electrification project but were told there would be a separate community meeting in which to address such concerns.

“The community people are complaining because they want to talk to the mayor and they didn’t get a chance,” said councillor for Ward 22, Madika Mabasa.

“They have got problems with water. “The mayor had stopped the free provision of water and they don’t have any. They buy water every week.” – simnikiweh@citizen.co.za