Forum aiming for the sunny side of Sunnyside

The suburb has been in the spotlight in the last few days following the murder of a woman outside Ayepyep night club. 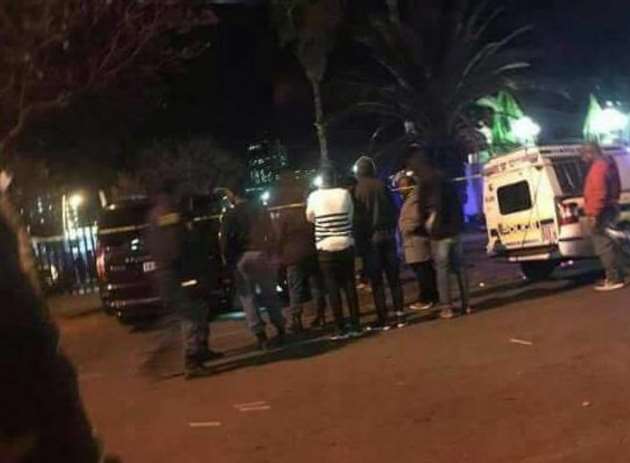 The woman was reportedly gunned down by a 30-year-old man in Sunnyside early on Sunday morning. Photo: The Citizen

Crowd controllers around the Sunnyside business precinct will receive training on dealing with violence following the murder of a 26-year-old woman outside a nightclub at the weekend.

Sophie Ledwaba was shot in the head and died outside Ayepyep Lounge on Gerard Moerdyk Street on Sunday morning. A man allegedly shot at her for refusing to leave with him.

“I want to take this opportunity to reassure the community of Sunnyside of their safety and security. The meeting was very fruitful and the stakeholders involved committed themselves to restoring and tightening security measures around the entire Gerard Moerdyk precinct,” Mulaudzi said.

He said the forum raised concerns about crime and drugs in the area, saying it was committed to removing “bad elements” and to promote responsible social behaviour.

Residents should be able to live free of violence, crime and the fear of crime. Ledwaba’s alleged killer, Maselela Ngoasheng, 30, handed himself over to police hours after initially fleeing the scene.

He allegedly shot the mother of six-year-old twins when an argument ensued as she refused to leave with him after he apparently bought her drinks. Ngoasheng appeared before the Pretoria Magistrate’s Court on charges of murder and possession of unlicensed firearm and ammunition.

The matter was postponed to Tuesday. Mulaudzi said the forum would work with law enforcement and the Liquor Board to inspect and patrol licensed premises.

“We want to ensure that alcohol is not sold to people under age and that premises comply with liquor licensing laws.

“We will conduct targeted policing of licensed premises to ensure compliance.”