Nantes residents want a fair deal from City of Tshwane

Most of the two-room houses in Eersterust have families of 10 and more sharing. 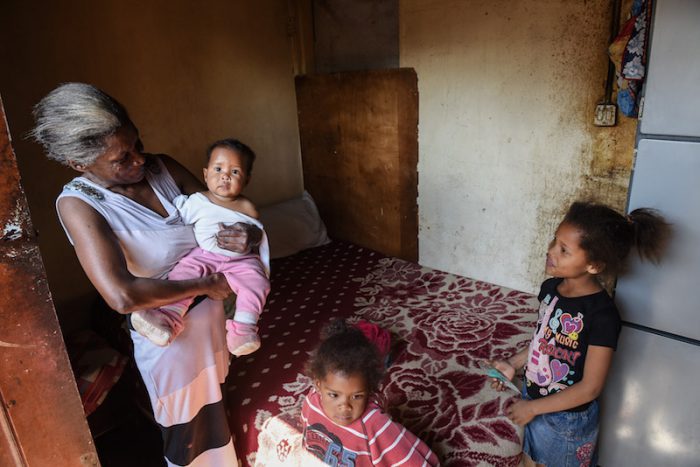 Michelle van Rooyen holds her grandaughter, Levondre (8 months) in side her home known as a "Two Room" where she and 9 others live without electricity, 30 July 2017. Levondre, born without arms, lives in the house with her mother and 9 other family members, Eersterust, Pretoria. Picture: Jacques Nelles

The City of Tshwane has handed out a total of 2 804 title deeds to disadvantaged communities around Pretoria, but residents occupying two-room houses in Nantes, in Eersterust, say they have been left behind.

The city has set a target of granting 6 000 title deeds in the 2017/18 financial year. The two-room houses in Eersterust consist of a kitchen and bedroom with an outside toilet and are joined to another house. Most of these houses have families of 10 and more sharing.

In one particular house, Calun van Rooyen, 24, and her eight-month-old baby daughter, Levondré, who was born with no arms, share a single bed in the kitchen of their two-room house.

Michelle van Rooyen, Calun’s mother, the only breadwinner in the house, said they had been living in the house for 17 years and had been without electricity for the last 12 years.

“The house can be taken from us at any moment as we do not have a title deed.”

Calun takes care of her child at all times. Her ID was stolen, which means she cannot apply for a social grant. Even when someone gives her money to apply for a new ID, she spends it on food.

Virginia MacKonie said she had been living in her house for 30 years. She shares her house with her six children and three grandchildren and has no electricity. The house used to belong to her parents.

For the past 11 years, she had been trying to have the city council set aside her mother’s R15 000 electricity arrears.

Jeanet Williams said she had long given up on the city council and has instead extended her house so that she and her children can live more comfortably.

She said if they try to evict her one day, she will not move until they pay her out, since she had used her pension money to extend the house.

Tshwane spokesperson Lindela Mashigo said the city is looking into the matter. – news@citizen.co.za