There are those who want to breathe new life into the ANC and those who think it should be business as usual. 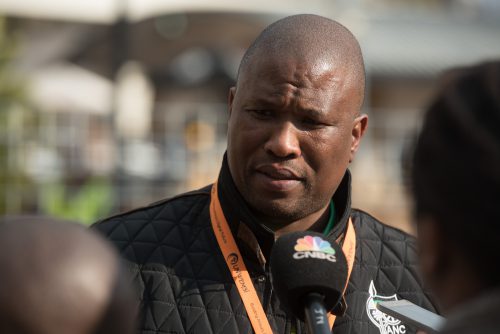 Flying chairs and blood on the floor during a violent battle between ANC members at the party’s Eastern Cape provincial elective conference are a sign of what’s to come in December, when the party’s new national leadership is elected.

According to analysts, the ANC has reached a tipping point, with factions at their strongest as the party heads towards its national elective conference. Violence marred the provincial conference this weekend, leaving some members hospitalised and resulting in a court application to have the process nullified.

Newly elected provincial chairperson Oscar Mabuyane is siding with deputy president Cyril Ramaphosa against Nkosazana Dlamini-Zuma for the leadership of the party. Mabuyane confirmed he would oppose the court application.

Wits University political science professor Susan Booysen said: “This is really a struggle for the future of the next ANC. And the character of the new ANC is not known yet, and this is being battled out at regional and provincial level.

“The number of provinces in turmoil is indicative of the worst turmoil we have seen.”

She cited KwaZulu-Natal, which recently had its own conference nullified in court, and the Free State and Mpumalanga as provinces in distress.

“This is the height of contestation and there is so much at stake. There is more at stake this time around.

“The battle is fiercer than ever and it will only deepen in December.”

Booysen said that, on the one hand, there were those who wanted to breathe new life into the ANC and, on the other, those who did not want this.

“People are trying to get a space to create a reinvigorated ANC.”

Political analyst Ralph Mathekga said what had happened was a result of tension brewing around the December conference.

“And it’s going to continue to be a strong trend.”

He predicted there would be court processes after the December conference aiming to have it nullified.

“People are aware that, if they are in a losing faction, it will change their livelihoods.”

In closing the Eastern Cape conference yesterday, Ramaphosa said it was a province that should be leading the movement.

“We must send a clear message that we will not resolve our problems through violence,” he said.

The ANC’s problems should also not be resolved in court, but rather discussed, he added.

“In KZN, we are resolving a similar problem where there were differences. The real tragedy is the ANC remains divided and today we are trying to pick up the pieces and unite the party.”

The divisions left the ANC more “injured than anything else”, Ramaphosa said.

“What has happened here is something we have to address. We will never unite the people of South Africa if we ourselves are not united.”

The national conference was standing out as a beacon of hope for renewal of the party, he said.

“The whole country … in fact the world, is waiting for that conference in December.”

This included the business sector, he said. In his acceptance address, Mabuyane said members must be refuse to be “captured” by factions.

“The ANC must cleanse itself of factions. We must humble ourselves and lead the ANC in a manner our forebears would be proud of.”