The Western Cape DA acting leader is happy with Mmusi Maimane's intervention in suspending De Lille and Smith from the party in the interim. 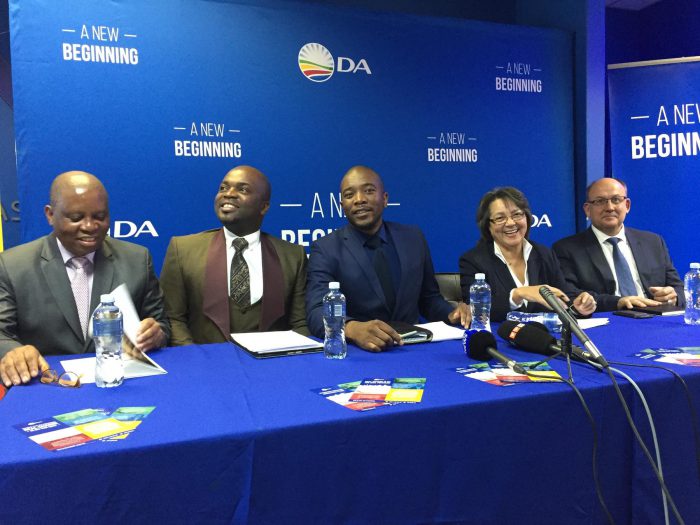 Acting leader of the Democratic Alliance (DA) in the Western Cape and human settlements MEC Bonginkosi Madikizela has denied there are factional battles at play leading up to this weekend’s provincial elective conference.

This after it emerged that JP Smith, the safety and security member of the mayoral council involved in a spat with Cape Town mayor Patricia de Lille, is a candidate for one of the three deputy provincial chairperson positions.

It follows a bitter feud between De Lille and Smith, where the latter accused the mayor of usurping the powers of the special investigations unit because it was dangerously close to exposing her for, it is alleged, unduly using council money to finance renovations to her house.

De Lille curtailed the powers and responsibilities of the City’s special investigative unit and downgraded it to an internal investigation unit located within the metro police unit. This move resulted in national leader Mmusi Maimane trying to exercise damage control, which resulted in the suspension of the pair from party activities.

This decision created a social media debate on Tuesday afternoon, with some of De Lille’s supporters charging that Smith used former apartheid-era police intelligence operatives in his unit.

Madikizela denied the DA was experiencing factional battles, a phrase the party often uses to attack the ANC, saying: “I don’t believe that it’s factions … people have preferences. That shows the existence of internal democracy.”

During this weekend’s elective conference due to be held at Every Nation Church in Goodwood, Madikizela is hoping to retain his position on a permanent basis. MMC for the eastern region Ando Ntsondo and party veteran Lennit Max will be contesting the same position.

The post of provincial deputy leader will be contested by social development MEC Albert Fritz and MP Mnqasela Masizole. Local government MEC Anton Bredell will be going up against cultural affairs MEC Anroux Marais to retain his job as provincial chairperson.

There are three deputy chairperson spots up for grabs. Smith will battle it out with other councillors, including Smith and DA council whip Shaun August. They will be joined by provincial legislature speaker Sharna Fernandes, Eden Municipality mayor Memory Booysen and Breede Valley mayor Antoinette Steyn.

Madikizela also dismissed reports that Maimane bypassed him in his haste to manage the impasse between De Lille and Smith, and said the provincial disciplinary only dealt with disciplinary issues of non-office bearers. He said it was Maimane’s prerogative to initiate this intervention in consultation with the federal executive committee chairperson.

Fikile Mbalula, the lottery boss and the luxury R5.6 million home
1 hour ago
1 hour ago

Mkhwebane clears Mahumapelo of wrongdoing in R1.5m 'gift' to Zuma
1 hour ago
1 hour ago

'I fear for my life,' says SABC news chief after accusations of hurting ANC's electoral showing
2 hours ago
2 hours ago

Fikile Mbalula, the lottery boss and the luxury R5.6 million home
1 hour ago
1 hour ago

Mkhwebane clears Mahumapelo of wrongdoing in R1.5m 'gift' to Zuma
1 hour ago
1 hour ago

'I fear for my life,' says SABC news chief after accusations of hurting ANC's electoral showing
2 hours ago
2 hours ago