Joy over justice for Timol

The judge said it was probable that the security branch had foreseen that their methods of interrogation carried the risk of death, but they persisted unrestrained. 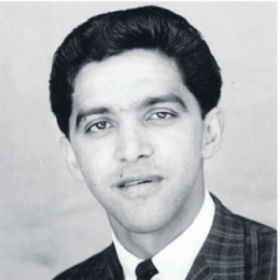 Spontaneous applause yesterday greeted a historic judgment in the High Court in Pretoria when Judge Billy Mothle ruled anti-apartheid activist Ahmed Timol had not committed suicide, but was tortured and murdered by members of the apartheid government’s security branch.

In a first in South African history, Judge Mothle yesterday overturned the finding of a 1972 inquest that Timol, a prominent member of the SA Communist Party, had committed suicide on October 27, 1971, by jumping out of a tenth-storey window at John Vorster Square in Johannesburg and that no person was responsible for his death.

The inquest was reopened after a long battle, led by Timol’s nephew Imtiaz Cajee, who was only five when his uncle was murdered.

Judge Mothle found that Timol did not jump, but had been pushed out of either a tenth-storey window or from the roof of John Vorster Square while being interrogated and tortured by the late captains Hans Gloy and Faan van Niekerk of the security police. Because the interrogators have all died, the real events leading to the push could, however, not be established.

He found that all members of the security branch involved with the interrogation and who guarded Timol were collectively responsible for the injuries he sustained before his fall and that the injuries were inflicted through systematic and continuous torture.

The judge said it was probable that the security branch had foreseen that their methods of interrogation carried the risk of death, but they persisted unrestrained.

Judge Mothle found that Joao (Jan) Rodrigues, the former security police pay clerk who testified that he had seen Timol jump, had been brought in afterwards to cover up Timol’s murder and he had committed perjury by lying in both inquests. He was therefore an accessory after the fact to the murder.

He recommended that Rodrigues should be prosecuted. He also recommended that former security cops Neville Els and Seth Sons should be investigated for misleading the court that they knew nothing about the assault on detainees other than what they had read in the media.

Those who killed Timol must face the music, says SACP

The South African Communist Party (SACP) yesterday welcomed the high court’s ruling in Pretoria that anti-apartheid activist Ahmed Timol did not commit suicide, but was murdered by members of the security branch.

Timol died in October 1971, when he fell out of a 10th floor window at John Vorster Square police station in what was initially deemed a suicide by an inquest held four decades ago. But a new inquest found Timol was pushed.

“This is an affirmation of the truth that the SACP has always believed. The judgment paves the way for justice to run its full course,” the party said in a statement. “

Those who committed the murder must now face the music and be held accountable in accordance with the rule of law.

“The SACP will deepen its campaign to seek justice for all. Everyone who was killed by or disappeared at the behest of the apartheid regime must be accounted for. The forces behind the crimes must be held accountable.”

Give other families closure too, say organisations

The ruling that anti-apartheid activist Ahmed Timol had been murdered by members of the security police 46 years ago has given hope to the families of hundreds of other activists who died under apartheid rule.

Timol’s family, the family of murdered struggle icon Steve Biko, veteran struggle lawyer George Bizos and human rights organisations yesterday called on government to reopen the investigation into the deaths of other anti-apartheid activists whose families are seeking closure.

The family of Matthew Mabelane, who, like Timol, died in 1977 at the age of 22 after falling out of a tenth-storey window at John Vorster Square, now also wants the truth about his death.

Matthew’s cousin, Sandton attorney Rapulane Mabelane, said they were getting official documents to approach the National Prosecuting Authority to reopen the probe into Matthew’s death.

Matthew was a student leader of the ANC when he was arrested. Matthew’s brother, Lasch Mabelane, accused the security police of acting in an evil manner towards his brother, telling blatant lies about his fall and burying evidence.

He said the family needed closure. Timol’s nephew, Imtiaz Cajee, said Ahmed, Babla Saloojee, Imam Haroon and Steve Biko were among at least 73 political detainees who died at the hands of the police between 1963 and 1990 with no one ever being held responsible for their deaths. Timol’s brother Mohammed said the judgment had restored his brother’s dignity.