Being white no guarantee of success, says only black DA ward councillor in the city

The ward councillor says branch leaders across the city want to be led by 'one of their own'. 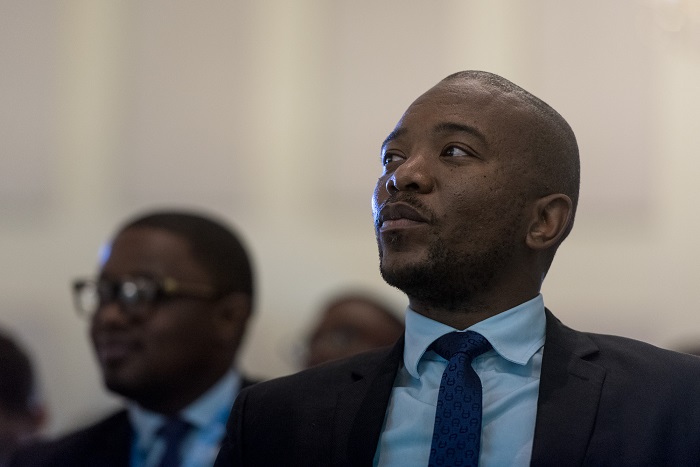 Leader of the Democratic Alliance Mmusi Maimane listens to a speech during the Joburg Indaba at the Inanda Club in Johannesburg on 4 October 2017. The conference discussed challenges facing the mining sector and issues facing both business and government. Picture: Yeshiel Panchia

The Democratic Alliance (DA) structures in Tshwane are not black enough and the organisation must address the issues which matter to black people, says Tshwane ward 92 councillor Abel Tau, the only black DA ward councillor in the capital.

Tau has thrown his hat in the ring for the race for the position of regional chairperson of the party, which will be filled on Saturday at the regional congress.

He said that despite the DA priding itself in being a nonracial organisation, the party’s Tshwane region had to address what mattered to black people as the party did not believe that one had to be “white to be successful”.

The 39-year-old father of three, originally from Winterveldt, said his candidacy came from the constituency as branch leaders across the city felt they wanted to be led by “one of their own”.

“I obliged. As an organisation, we pride ourselves to be … nonracial … that doesn’t believe that one has to be white to be successful,” Tau told The Citizen. “At this stage, I am the only black councillor for the DA in Tshwane. That should tell you something. I asked myself what we could learn from that and what can I do different from everyone.”

He said activists in Tshwane’s township branches did not feel completely engaged with the party as “things were done in a particular manner”, Tau said. But the councillor said he was labelled a “rebel” and “anti-establishment” as he urged activists within the party to “feel the power they have internally”.

“You talk to activists on the ground and they always feel the party needs to tell us what needs to happen, as opposed to us engaging with the party. When we engage the total brain mass of our people, we are smarter.

“Our three pillars are activism, change and unity. Change where people feel valued and they don’t feel they have to be someone else to be part of the DA. We need to unite under one purpose – to put Mmusi Maimane in the Union Buildings in 2019,” Tau said.

Speaking on the outcomes of the party’s final federal council of 2017 in Pretoria yesterday, party leader Maimane said the “congress season” always had levels of “internal stress”.

The congress will elect leaders in seven provinces, after Bonginkosi Madikizela was elected for Western Cape region and Nqaba Bhanga for the Eastern Cape.

“There will always be some levels of internal stress during congress season but in the end, we achieve democratic outcomes and unity of purpose … We are confident that the outcomes of each [election congress] will see bold, diverse and committed leadership leading our party to victory in 2019 and beyond,” Maimane said.