What Ramaphosa must do to increase his chances of winning, according to Malema

According to the EFF leader, keeping Mantashe in his circle is a mistake that will cost Ramaphosa dearly, as he also wants to be president. 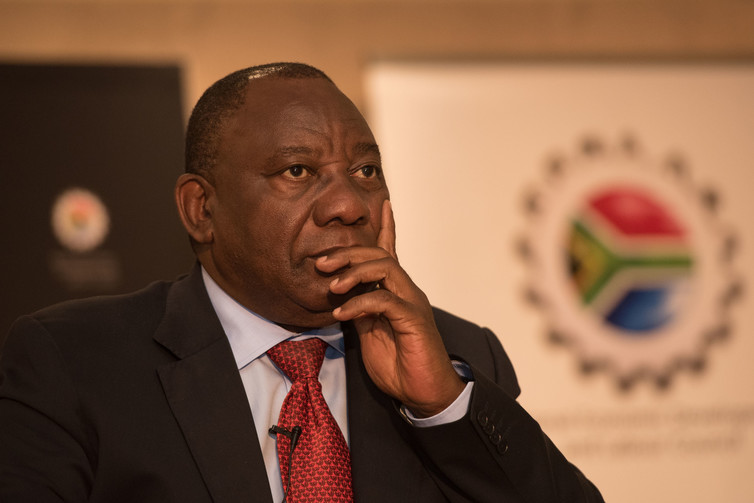 EFF leader Julius Malema has shared his thoughts on the candidates running for ANC presidency in a press conference held at the party’s headquarters in Braamfontein on Tuesday.

Though Human Settlements Minister Lindiwe Sisulu had her own struggle credentials, Malema felt she was not the right candidate for the top job, as she apparently did not stand for anything. The EFF leader said the only clear thing about Sisulu’s campaign was her surname.

Contrary to popular belief, ANC treasurer-general Zweli Mkhize was not a decoy, but a genuine candidate of Mpumalanga Premier David Mabuza. The EFF leader thought Mkhize was too ambitious for thinking he could be president. He questioned his qualities as an aspiring leader and his close relationship with President Jacob Zuma.

On Deputy President Cyril Ramaphosa, Malema said he stood no chance in the race because he was taking advice from ANC secretary-general Gwede Mantashe.

He said Mantashe wanted a female deputy president to stop Mabuza’s name from emerging as a possible candidate in Ramaphosa’s ticket because he himself wanted to be president.

Ramaphosa’s only hope in the race was to stop listening to Mantashe and rather talk to Mabuza, as he had a “huge province”.

Mabuza had a solid province, and it had grown to be in a position it had never been before, added the EFF leader.

“For you to win a conference, you at least need one solid province, and DD has zombies there in Mpumalanga. They follow him like this. If you think we’re lying, look at what happened in the policy conference of the ANC, just review the video and look at the conduct of the Mpumalanga candidates,” he said.

Malema’s advice could work because, according to him, Mabuza did not want Nkosazana Dlamini-Zuma to be president.

“He feels extremely aggrieved because Zuma anointed her without talking to the premier league. He has made up his mind about Nkosazana, whether they put him there or not. They can put him there because they want to attract the Mpumalanga vote, but the guy doesn’t want Nkosazana at all,” he said.