Ramaphosa’s days in Zuma’s government are numbered, says his confidant

The deputy president is apparently aware that he might also get the chop soon. 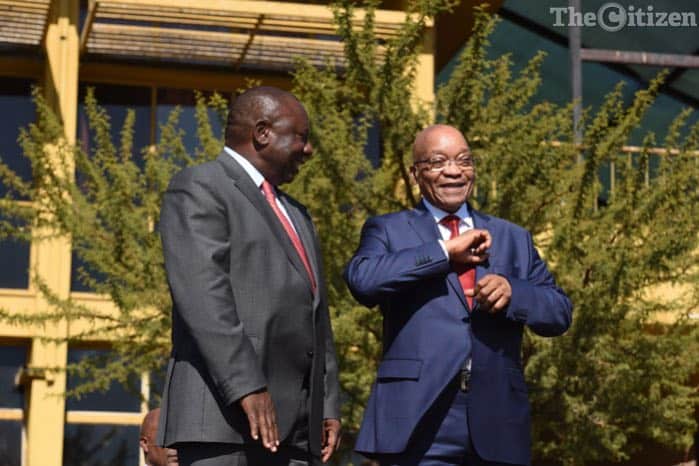 Veteran unionist and a close friend of Deputy President Cyril Ramaphosa, Dr James Motlatsi, said the deputy president was next in line to be removed from President Jacob Zuma’s government, according to information they received.

Motlatsi said in an interview with eNCA on Tuesday that Ramaphosa would be axed the same way as former finance minister Pravin Gordhan and his then deputy, Mcebisi Jonas.

“Let me say to you, unconfirmed reports are saying that [this will happen] very soon. I think, this item, Cyril even raised it in a meeting. We have been told by other people that the president himself, he is saying Cyril is a spy of Western capitalists, so we are waiting for that intelligence report to come out from him,” Motlatsi said.

However, Motlatsi said Ramaphosa must fight, as people elected him to that position.

Zuma shocked South Africans on Tuesday after announcing another Cabinet reshuffle that saw Blade Nzimande being axed as higher education and training minister.

These are the new appointments Zuma made to Cabinet:

What Ramaphosa must do to increase his chances of winning, according to Malema