Sunnyside, Laudium, Erasmia, named as the most dangerous suburbs in Tshwane

Police minister says the recent spate of murders in Laudium have led to a 200% increase in this crime. 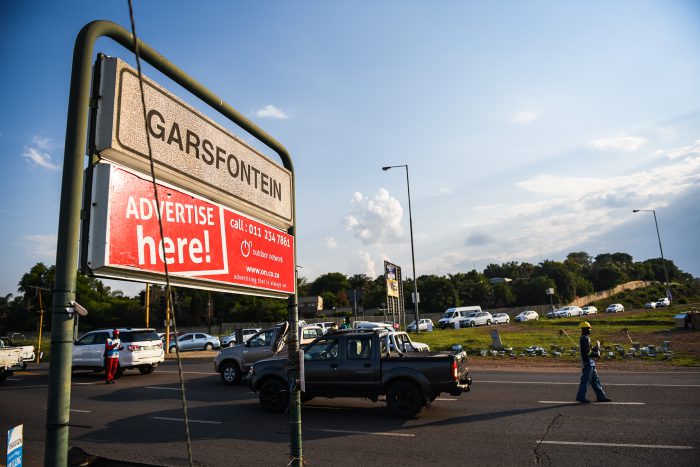 A street sign at a busy intersection in Garsfontein is pictured. According to most recent crime stats the Garsfontein area has shown a 100% increase in rape while murder has increased by 83%, Despite a large number of dangerous crimes in the capitol, Garsfontein is one of the most dangerous suburbs in Pretoria, 24 October 2017. Picture: Jacques Nelles

People living in Sunnyside, Laudium and Erasmia should be extra cautious as these three areas are the most dangerous suburbs in Pretoria.

According to the South African Police Service’s crime statistics released by Minister Fikile Mbalula in Cape Town yesterday, the recent spate of murders in Laudium have led to a 200% increase in this crime.

Erasmia is next with an increased murder rate of 190% and the notorious Sunnyside follows, where killings have increased by 133.3%.

Motorists in Olievenhoutbosch and the Brooklyn area face a high risk of being hijacked as carjackings have spiked by 144.2% and 140% respectively. In Sunnyside, hijackings have increased 118.2%.

Despite the increase in dangerous crimes in the capital city, Tshwane member of the mayoral committee for community safety Derrick Kissoonduth said the results showed an overall reduction in certain crimes as only a small number of the city’s 107 wards were badly affected by crime.

“We are doing better and we will continue until we eradicate crime. It is not an easy situation, not only in Tshwane, but in the whole country.

“In total, we seem to have reduced the crime level in the city. What we see shows that in general, if we look at the 107 wards, there is a reduction,” he said yesterday.

He attributed the high murder rates in Laudium and Erasmia to the informal settlements in these areas that have “popped up and mushroomed”.

He added: “I am not a specialist, but I think some of the poverty is part of the issue. It creates and brings crime in.”

Women in Kameeldrift were at a high risk of being raped, as there was a 233.3% increase there, followed by Lyttelton at 139% and Garsfontein at 100%.

Reported cases of sexual assault in Pretoria Central have also increased by 128%. This was an “excellent sign” that abused women were exposing their perpetrators and bringing them to book, according to Kissoonduth.

“I am glad to see that women are standing up and saying ‘not in my name’. I would like more to stand up so we can resolve these issues going forward. No man should lay his hands on a woman, and vice versa. Our intention is to work throughout the city and reduce crime. Our aim is to keep Tshwane safe and secure.” – rorisangk@citizen.co.za