This is the first time the ANC will meet with its alliance partners in a political alliance council meeting since this year’s first Cabinet reshuffle. 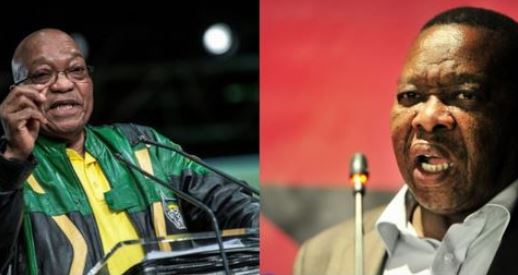 President Jacob Zuma will reportedly meet with general secretary of the South African Communist Party (SACP) Blade Nzimande for the first time on Thursday since he axed him from Cabinet as the minister of higher education last week.

Nzimande was replaced with former home affairs minister Hlengiwe Mkhize. Meanwhile, David Mahlobo was moved from State Security to head up the department of energy, which has fueled speculation about government pursuing its controversial nuclear build programme, estimated to cost taxpayers a massive R1 trillion.

According to EWN, ANC secretary-general Gwede Mantashe has confirmed the governing party will be meeting with its tripartite alliance partners, the SACP, Cosatu and Sanco, for a political alliance council meeting.

The meeting was supposed to take place earlier this year, but it was postponed by the ANC because the party wanted clarity from the SACP and Cosatu over their statements calling for Zuma to step down from office following this year’s first Cabinet reshuffle on March 30.

Last week, the SACP described Zuma’s latest Cabinet reshuffle as a distraction and a declaration of war on the party.

The first deputy general secretary of the SACP, Solly Mapaila, said Zuma did not consult the ANC’s alliance partners on the latest changes to the national executive.

“It is quite clear the decision has got nothing to do with strengthening the capacity of the state or Cabinet. He has retained dead wood in that Cabinet, people who are laced with corruption and scandals,” Mapaila said at the time.

Mantashe said the removal of Nzimande from his portfolio was a “pity”, and warned it would further deepen strained relations within the alliance, particularly with the SACP.