The 3-year-old told her teacher her mother punched her, giving her black eye. 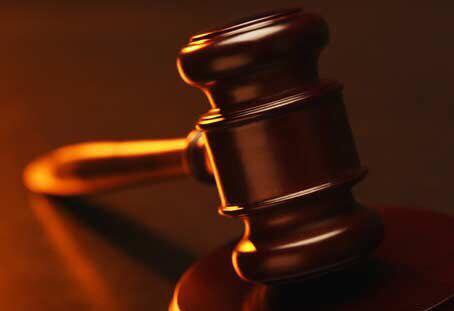 Three-year old Poppie van der Merwe had a blue forehead, black eye, a leg in plaster and bruises of different ages about three months before her death, a medical doctor has told the High Court in Pretoria.

Dr Ethel Bekker, a medical doctor of Orania in the Northern Cape, testified in the trial of Poppie’s mother, Louisa Koekemoer, 46, and stepfather, Kobus Koekemoer, who pleaded not guilty to charges of murdering Poppie, seriously assaulting the little girl and a five-year-old boy and abusing the two young children and a 14-year-old girl.

They admitted rushing Poppie to the Brits district hospital on October 25 last year, where she was declared dead on arrival.

Bekker had examined the two younger children last year when they were brought to her by Heidie Smit of Orania’s social services board. Poppie was terrified and stiffened when the doctor approached her. She had bruises of different ages on her hands, forearms, feet and earlobes, which Bekker attributed to excessive violence.

When she saw Poppie again in August, the child had a leg in plaster, a huge older bruise on her forehead and a black eye of between three and four days old. She had a blue elbow and abrasions on her palm and under her knee. Bekker concluded the child had been assaulted.

The young boy regularly had urinary tract infections and she arranged for a consultation with a paediatrician, but the parents failed to take him.

When she saw him in August, he had a bruise on his back, the palm of his hand was blue and he had abrasions, which she thought might be due to abuse. She did not report the matter to the police because she believed Smit was involving social services in the case.

Smit said she had referred the parents for counselling and arranged for the children to be examined weekly after receiving reports from about possible abuse from the children’s day care centre and the Koekemoers’ neighbour. After the Koekemoers suddenly left Orania.

A teacher at the Orania day care centre testified that Poppie had arrived at school one day with a bruised forehead and black eye. The child told her that her mother had punched her. On another occasion, she saw that all of Poppie’s hair was shorn off although she was certain the child did not have head lice.