When confronted with the allegations, Manyi said he would not respond because The Citizen had caricatured him as a 'Gupta stooge'. Mzwanele Manyi responds to questions from journalists at a live press briefing at the ANN7 offices in Midrand on 30 August 2017. The briefing occurs after controversy surrounding Manyi's purchase of ANN7 and The New Age. Picture: Yeshiel Panchia

Lodidox owner Mzwanele Manyi has allegedly reneged on his commitment to resolve racial salary disparities at ANN7 studios in Midrand. The issue is understood to have been allowed to fester to a point where almost all black African news anchors have considered quitting.

A few days after acquiring both the The New Age and ANN7, Manyi acknowledged to The Citizen that he had been confronted with this problem, and was investigating it.

He further said should it be proven that black African employees at his two companies were paid less than all other races, he would be “embarrassed”.

The Citizen has now been reliably informed that Manyi has failed to address the matter, with the salary disparities remaining in place and largely Indian managers at the station displaying indifference.

Some staff members said they had been regularly told to be grateful, as they would remain unemployed should they quit their jobs in protest. 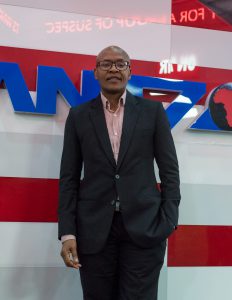 In one incident that left staff members at the station traumatised, it is alleged that when one news anchor who earns just more than R6 000 gross salary a month expressed frustration at being unable to make ends meet despite working long hours, a manager whose name The Citizen has withheld shot back – “Go rent a room in Tembisa.”

Tembisa is one of the several townships close to the station based in Randjesfontein, on the outskirts of Midrand, where many of the lowly paid employees rent backyard rooms.

Many of those The Citizen spoke to claimed the situation had deteriorated to an extent where some employees had the clause of “permanent trainee” inserted into their contracts to justify the low salaries.

One aggrieved employee described Manyi as lacking “moral commitment” by cancelling several meetings he confirmed with a group of employees. They claimed the change in ownership of the station was just a cosmetic exercise as “Gupta tendencies live on”.

Complaining of “exploitation” from the Indian senior editors in particular, the employees spoke of how the manager forever fed them back information from a “labour law expert” allegedly based at the department of labour.

Apparently, the feedback given is that the difference in pay scales is lawful due to the “structure of the company”. 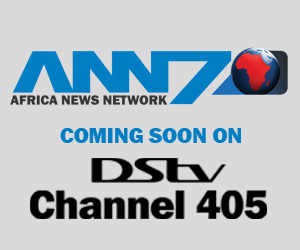 Sources told of news anchors made to work for 10 hours daily, but only remunerated for two hours based on current market rates for newsreaders. The Citizen has communication in which some of the anchors are so disillusioned that they suspect the intention from the management side is to either cancel meetings or make promises that are not kept.

When contacted this morning, Manyi refused to respond to pointed questions based on the allegations posed by the employees. Instead, he said he “doesn’t take The Citizen serious” because in several “posts”, the publication has caricatured him as a “Gupta stooge”.

“My posture is that I will only take you serious when you [stop] approaching me with creepy questions. Just this morning I saw what you wrote about me. You still referred to me as Jimmy. You continued to call ANN7 Gupta TV. You can’t expect me to take you serious and answer your questions,” Manyi dropped the phone after thanking the author and politely bidding them a good day.