It is understood that without the BGM 'packages', the region faces an uphill battle towards the elective conference as it is technically 'not in good standing'. 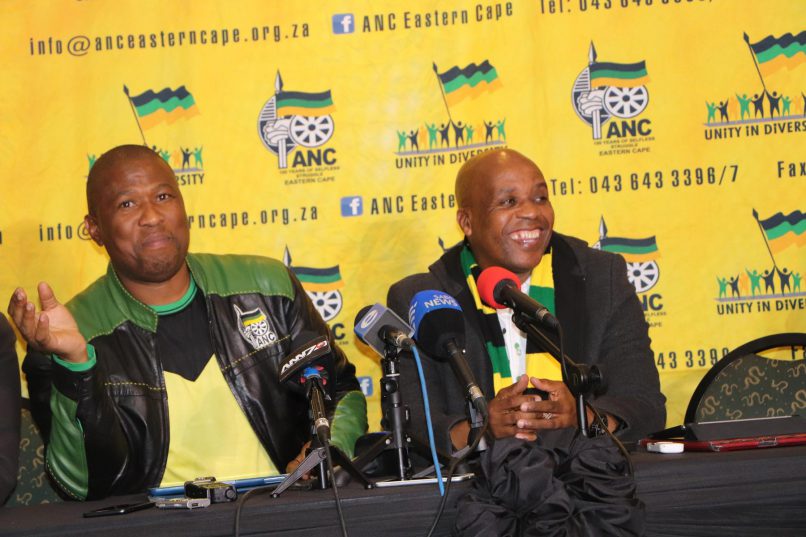 ANC spokesperson and NEC member Zizi Kodwa has denied claims made by Nelson Mandela regional secretary Themba Xathula that the region has “escalated the problem” of the disappearance of BGM (branch general meeting) packages, which necessitated a request to all branches in the region to postpone BGMs.

“You are speaking to the wrong person. We don’t run BGMs. Talk to the regional secretary. The SG’s [secretary-general Gwede Mantashe] office knows nothing about this matter,” Kodwa told The Citizen this morning when asked what kind of “intervention” Luthuli House would be instituting as per the communique below.

It is not yet clear whether the region has been able to recover the missing packages after they were discovered missing on November 14. In the event that the region is unable to locate the packages and hold the BGMs, this could have far-reaching implications for all the branches in the region.

“The secretary is in a meeting with amabutho, and can unfortunately not talk to you at the moment,” an employee at the regional office in Port Elizabeth said this morning. This was consistent with the response Xathula gave to The Citizen yesterday afternoon.

Another employee said the Xathula was holed up in meeting with branch leaders and that the regional chairperson Phumzile Tshuni was not in the office, and would ordinarily not deal with media queries.

When called, Tshuni confirmed he was aware of the problem, but would not talk, as “he is busy”. He pleaded with The Citizen to “respect” that he was engaged in other matters and would not be able comment on the matter.

An ANC insider, who asked for anonymity, with intimate knowledge of the nomination process leading to the elective conference cautioned The Citizen to not raise its expectations on responses, as the issue went to the heart of why ANC provinces had taken the ruling party to court.

She said, technically, in the absence of the BGM packages, the region “is not in good standing” and thus had no basis to attend the elective conference in terms of the ANC constitution.

“The BGM package must contain an annual BEC [Branch Executive Committee] report, where a branch has not been properly established the report will be compiled by branch task team. In that package, you will also find the 54th nomination procedure and an extract from the ‘eye of the needle’ document describing the calibre of ANC cadres to be nominated.

“You may find that some branches include a recommendation from the political education officer detailing deficiencies within the branch aimed at informing the zone and the region of the branch’s shortcomings. Most importantly, a database of all the branch members with their signatures, which Mantashe uses to determine if the branches are quorate, should form part of the package,” the insider said.

She explained that without this information, the region was unable to state factually whether branches had eligible members to nominate office-bearers at the elective conference. She said rendering all the branches as being not in good standing posed a real risk of the region not being allowed to send delegates to the conference.

Another problem the region faced, the insider explained, was the lack of leadership credibility. She said what had led to this situation were ANC factions at branch and regional level sabotaging each other.

The Nelson Mandela problem is most likely the work of individuals who are unhappy with the presidential hopeful endorsement, and therefore it was decided the whole region would not take part in the conference, she explained.

Festive season: Here's when Covid and load shedding will be 'on duty'
20 mins ago
20 mins ago

B.1.1.529 variant: Dirco says UK govt rushed decision to place SA on its red list
8 hours ago
8 hours ago

Festive season: Here's when Covid and load shedding will be 'on duty'
20 mins ago
20 mins ago

B.1.1.529 variant: Dirco says UK govt rushed decision to place SA on its red list
8 hours ago
8 hours ago