Mbeki says ANC needs to be recaptured from ‘dominant faction’

Former President Thabo Mbeki says the African National Congress needs to be liberated from the grip of a “dominant faction” that is not ANC. 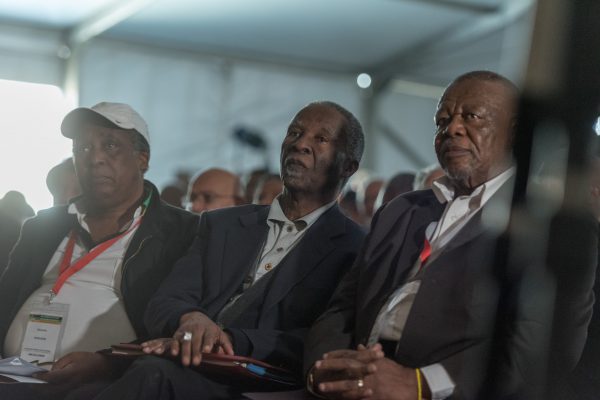 Former President Thabo Mbeki sits during speeches at the National Consultative Conference of the Stalwarts and Veterans of the ANC at Constitution Hill on 17 November 2017. The conference focused squarely on challenges facing the country and party regarding state capture and corruption. Picture: Yeshiel Panchia

Addressing the national consultative conference of the stalwarts and veterans of the ANC on Sunday at Constitution Hill in Johannesburg, Mbeki said politicians who abuse state power for their own self-enrichment had negatively impacted on the governing party at local‚ provincial and national level.

“It is clear that the ANC has been captured by a dominant faction which, in fact, is not ANC,” Mbeki said. “But really what we are dealing with is a rot that has infested the organisation as a whole.”

The former statesman also said the rot within the ANC had led to money that should have gone to some municipalities being stolen.