5 things we know about ‘Dr’ Danisa Baloyi, a ‘seasoned businesswoman’ 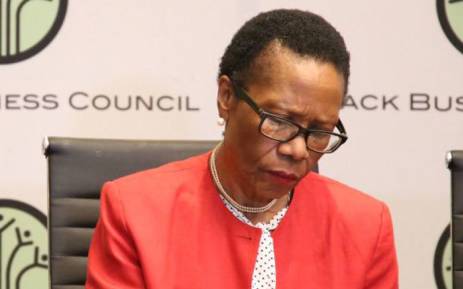 This week’s decision by the executive committee of the Black Business Council (BBC) to suspend its president, Dr Danisa Baloyi, pending an investigation into R5 million that went missing, has thrust Baloyi back into the media spotlight. Let’s take a look at five facts we know about the politically connected and powerful businesswoman.

She has had extensive involvement in the public sector

She has held several directorships, including as chairperson and deputy chairperson of entities such Gauteng Tender Board and Gauteng Enterprise Propeller, the National Skills Authority (NSA), South African Tourism and the Institute of Directors of South Africa (IOD).

She was one of the Commissioners for the Black Economic Empowerment (BEE) Commission, member of the Presidential Working Groups for Business, Women and Black Business and founded her own businesses DB Consulting International, Sensas Communications (for Strategic Communications and Events) and South African Woman Investment Holdings (SAWIH), a women’s group.

She controversially claimed she obtained her PhD in the United States

Baloyi said she worked as an adjunct professor at various institutions in the US. In 2007, then editor of ITI News Brent Wilson called Columbia University to verify if ‘Dr’ Danisa Baloyi completed her doctorate there.

He told 702 the institution could find no records of Baloyi having completed her PhD. Bloomberg News listed at some point listed Baloyi as having obtained the following qualifications: BA, HDL, MA, MEd and DEd.

The university agreed to let her “step aside” until the outcome of the investigation into alleged irregularities at Fidentia were concluded. This happened a few days after Baloyi was removed from the boards of Absa Group and Absa Bank (now Barclays Bank).

This was precipitated by Fidentia boss J Arthur Brown and fellow Fidentia director Graham Maddock’s arrested by the Scorpions (now the Hawks) on fraud and theft charges involving at that stage just more than R200 million.

A Financial Services Board (FSB) report on Fidentia Asset Management (FAM) accused Baloyi of being exposed to a conflict of interest in her role as a trustee on the board of the Living Hands Trust.

According to a Mail & Guardian report, Baloyi and fellow Living Hands trustee Hjalmar Mulder were both directors of Fidentia Holdings, the sole shareholder of FAM, the company managing the Living Hands Trust.

Fidentia’s curators reportedly uncovered an R8-million loan Fidentia allegedly paid to Baloyi, which Fidentia executive chairperson J Arthur Brown denied had been written off, saying it was a legitimate loan to help her capitalise her business assets.

A bone of contention that allegedly resulted in Business Unity South Africa (Busa) kicking the BBC out of the National Economic Development and Labour Council (Nedlac) was Baloyi’s allegiance to the president.

Several media reported the fractured relationship between BBC and Business Unity SA (Busa), which previously split in 2012, collapsed in May 2017 when Busa announced: “The BBC will no longer be represented through Busa at Nedlac. This does not prevent the BBC from seeking their own seat at Nedlac in line with the Nedlac act and constitution.”

Baloyi said they did not agree on some issues, “and we thought we did. They believe they can tell us what to do”.

She announced the BBC would continue to participate in Nedlac as an independent voice of black business. When Business Day pointed out the Nedlac protocols state that only Busa was admitted to the council, Baloyi responded: “They have no mandate to kick us out. They think we can be pushed out just because we’re black business.”

Vehicle swept away by water, search for survivors continues
6 hours ago
6 hours ago

Vehicle swept away by water, search for survivors continues
6 hours ago
6 hours ago