The matter was postponed to January 26 for mitigation. 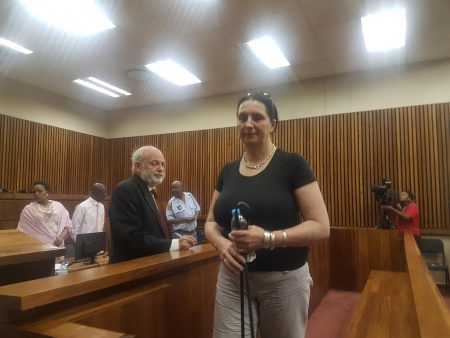 Convicted racist Vicki Momberg will only be sentenced in the new year due to outstanding social worker reports.

During brief proceedings at the Randburg Magistrate’s Court on Wednesday, state prosecutor Yusuf Baba asked Magistrate Pravina Raghoonandan to postpone the matter due to the outstanding social worker reports.

In February 2016, Momberg, 48, was seen on a video shouted racial slurs at police officers while they were assisting her after she was involved in a smash-and-grab incident.

Baba said advocate Kevin Lawler for Momberg notified him that the social workers said they required 21 days to complete a sentencing report and their offices were closing for the festive season.

“Twenty six(th) is probably the day we will finalise process for the matter,” Lawler told the court.