Cosatu says the ruling party needs support from opposition for constitution to be amended accordingly. 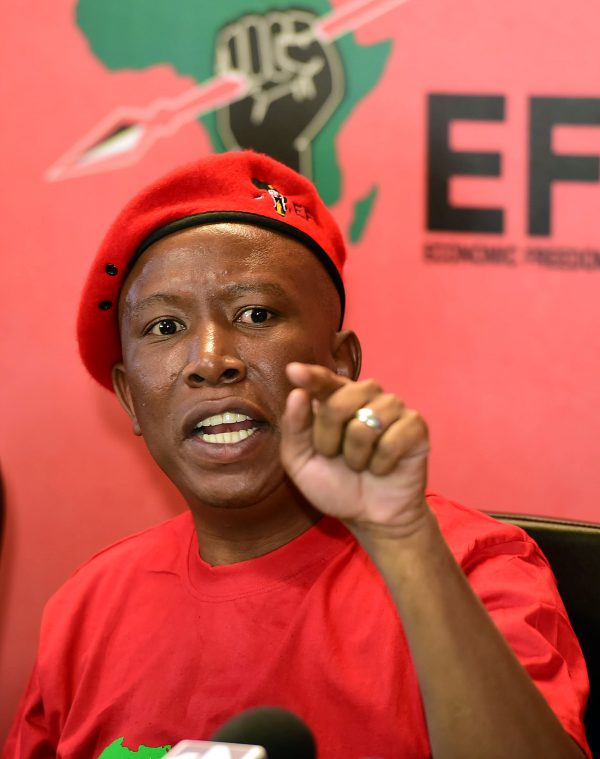 The ANC needs the Economic Freedom Fighters (EFF) and other opposition parties now more than ever, according to trade union federation Cosatu, if it wants to follow through on its promise to enact land expropriation without compensation.

This comes as the ANC faces a backlash from the private business community on the resolution it adopted this week to amend Section 25 of the constitution, which deals with land and property rights.

Critics pointed out that the ANC had failed to implement existing policies on land reform and the new policy was simply shifting the goalpost and is potentially damaging.

Ironically, in February this year, the ANC rejected EFF leader Julius Malema’s offer to give the party 6% of the national vote in exchange for agreeing to vote for the exact amendment.

“Expropriation without compensation” was one of the EFF’s main policies and, according to the coalition of opposition parties, led by the DA in several municipalities, was one of the main differences that precluded the firebrand party from joining their coalition.

Cosatu spokesperson Sizwe Pamla said the federation welcomed the resolution, noting that several of the resolutions on economic transformation adopted by the party were borrowed straight out of Cosatu literature.

But the real work would begin, he said, when the ANC rallied enough support from other political parties for the law to be changed in parliament.

“Indeed, we will need the EFF – not just the EFF but also the UDM and all the other parties that are serious about changing lives and making this amendment to the constitution,” said Pamla.

“We need a two-thirds majority in parliament, because we want these policies to be implemented within the ambit of the law, so the law must first be amended. We need those other parties to come on board for this to be implemented.”

But such support seemed unlikely from the DA, which echoed the call by AgriSA and other business organisations for the ANC to rather use the existing legal framework more effectively in order to deal with land ownership disparities.

AgriSA president Dan Kriek said the organisation was dismayed at the ANC’s resolution on land reform.

As the relevant section stands now, he said, there were strict conditions justifying expropriation. “There is no rational basis for this decision by the ANC.

The High Level Panel on the Assessment of Key Legislation and the Acceleration of Fundamental Change, led by Kgalema Motlanthe, recently found that the biggest challenge standing in the way of land reform is not the property rights clause, but the implementation of land reform policies, procedures and extended entrenched corruption in the system.”

DA MP Thomas Walters said land reform was not saddled with a flawed constitution, but was characterised by enormous failure of land reform projects in its care; massive corruption and mismanagement; a hesitancy to provide the poor with private title deeds; poor administration of land claims and related processes; and poor resource and budget allocation by an incapable state.

Both believed that securing property rights for all South Africans would be more empowering for the poor.