Mbalula responded by saying 'sensational gossipers' must be careful not to be left by their wives and reminded others to remember their place. 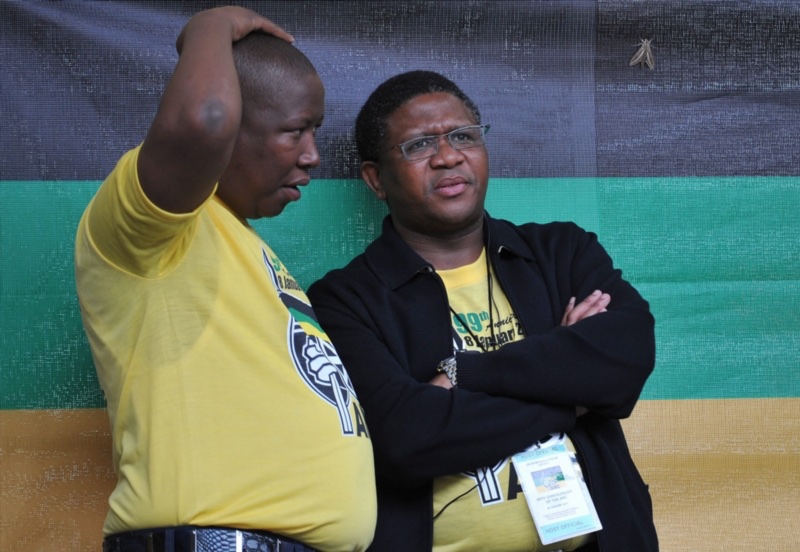 Barely a week after being told by Chester Missing at the ANC conference that he perhaps ought to take a leaf out of Helen Zille’s book and only tweet work-related programmes to avoid reputational damage, police minister Fikile Mbalula finds himself in the middle of yet another social media storm – this on why he will be tweeting from Dubai.

This morning EFF leader Julius Malema reacted to news that the political head of the police services has opted to take his family to Dubai, a city linked to disgraced ANC ministers known to have visited the country during state capture meetings.

The whole Minister of Police out of the country at this critical period of the year, talk of priorities. Crime is a serious problem in this country but leisure for our ministers is more important according to the conduct of @MYANC Ministers,Sies.

Malema was joined in the debate by his party’s chief whip Floyd Shivambu. He questioned how during “one of the most hectic periods in South Africa,” the minister will holiday in Dubai and still see nothing wrong with his actions.

Festive Season is one of the most hectic periods in South Africa and police activity is heightened, attending to crime scenes, and assisting with accident reports. Amidst that, the political head, minister of police is in Dubai, and he sees nothing wrong with that. Wow!!

The police minister had at the beginning of the festive season posted a message in which he said “please don’t drink and drive, fighting crime begins with you.”

‘Mbaks,’ as he is popularly known, did not back down and reiterated that he was relaxing with his family.

The former ANC youth leader said the Guptas are to blame because they apparently own Dubai.

He also suspected those who were fueling the sensation about him in Dubai were probably also tweeting from one of the most expensive hotels in that country.

The tirade continued as the former minister of sports and recreation told his critics in a mixture of isiZulu and isiXhosa they must remember their place and mind their own business.

He warned ‘gossipers’ that they risk being ditched by their wives from spreading malicious rumours about him.

He concluded and reminded everyone he was with his family and disclosing any more details will be “public service overreach.”

What Twitter thinks is happening in this awkward photo of Mbalula