The DA argued that Molefe’s early retirement was clearly unlawful and should be set aside. 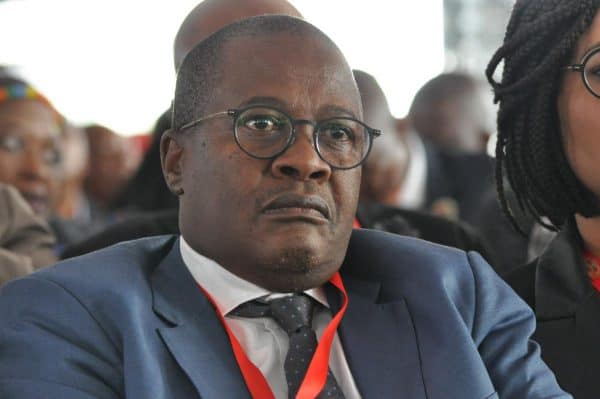 Eskom’s beleaguered former CEO, Brian Molefe, will hear on Thursday if he must pay back the portion of the R30-million pension he allegedly received unlawfully.

A full bench of the High Court in Pretoria will deliver judgment in an application by the Democratic Alliance and trade union Solidarity for an order to set aside decisions relating to Molefe’s early retirement payout and brief reinstatement and to force him to pay back the more than R11 million he had already received.

Molefe strenuously opposed the application, insisting that he had never actually resigned and was entitled to return to his post at the energy giant.

Solidarity argued it would make a mockery of the law, and would “do violence” to common sense and logic to accept Molefe’s version.

Molefe announced in tears in November 2016 that he was stepping down in the interest of further good governance at Eskom in light of serious allegations against him in former public protector Thuli Madonsela’s state capture report.

He spent a brief stint in Parliament as an ANC MP before Public Enterprises Minister Lynne Brown in May last year reinstated him, but Eskom finally dismissed him a month later.

In court, he insisted he and the Eskom board had been under the mistaken belief that he was entitled to a R30-million early retirement payout and that his “resignation” had therefore been invalid.

The DA argued that Molefe’s early retirement was clearly unlawful, and should be set aside.

The political party maintained Molefe had told the nation he was going, but told no one – not even the minister – that he was trying behind the scenes to get the vast amount of money to which he was not entitled.

The DA and Solidarity insisted Molefe had resigned and was not entitled to the massive golden handshake approved by the Eskom board 10 days after he announced he was stepping down, nor his reinstatement a few months later.

They also questioned now Molefe could have been an ANC MP for three months if he had not resigned, but Molefe argued that he had been on “unpaid” leave at the time, was correctly reinstated in 2017, and was unfairly dismissed shortly thereafter.

Molefe is currently fighting his dismissal in the Labour Court.

Solidarity informed the court that it was no longer asking for an order about a forced investigation into Molefe’s conduct as the Hawks were currently investigating him.

Anton van der Bijl, head of Solidarity’s Centre for Fair Labour Practices, said the union wanted to see that justice prevailed and that Molefe paid back all the pension payouts and benefits granted to him.

Solitary has in the past made it clear the union believed there were sufficient grounds for Molefe’s criminal prosecution based on misrepresentations made by him and Eskom’s board regarding the pension payout.

I want my job back, says Brian Molefe

Bedfordview residents could be without power until Friday
6 hours ago
6 hours ago
PREMIUM!

Bedfordview residents could be without power until Friday
6 hours ago
6 hours ago
PREMIUM!